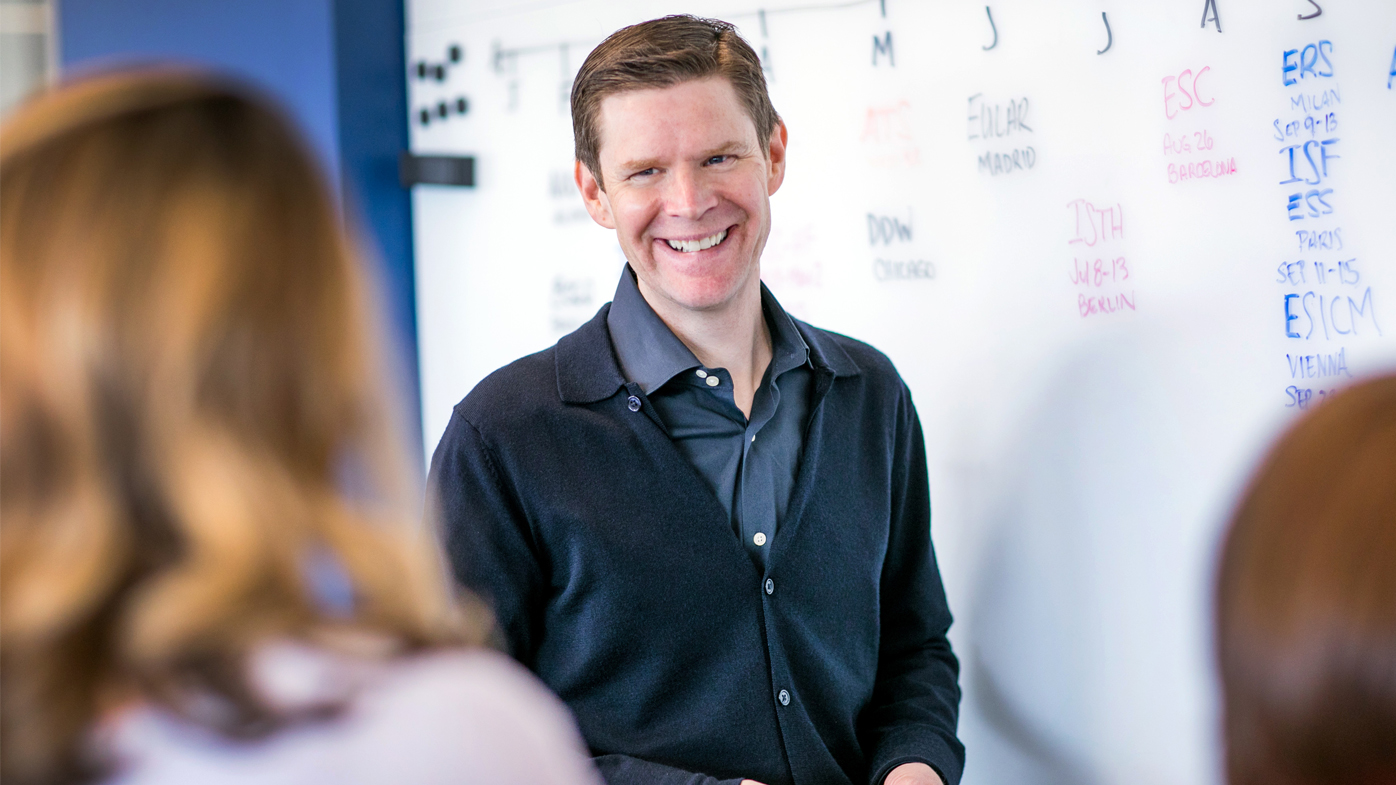 John is responsible for leading the development of assets in our Immunoscience pipeline. John is accountable for developing and implementing the drug development strategy across all phases of development from Phase 1 through registration and life cycle management.

John joined Bristol Myers Squibb in 2014 following 15 years at GlaxoSmithKline (GSK), where he most recently was Head of Operations and Strategy for the Immuno-inflammation and Infectious Diseases franchise.  Prior to that role, John led the development of selected early stage assets and partnered with biotech companies to bring early stage assets into GSK.

John received his BSc in Food Science and his Ph.D. in Molecular Microbiology, both from the University of Nottingham in his native UK.  John’s academic research focused on bacterial quorum sensing and host-pathogen interactions which led to a post-doctoral position exploring signaling as a potential antibacterial target.

In addition to his scientific expertise, John is an accomplished drug development leader.  He believes the most exciting part of his work is seeing molecules unveil themselves during the development process, turning from molecules to medicines that have the potential to help patients.  John enjoys knitting together diverse perspectives to create new and innovative strategies to bring forward medicines for patients who need them.  John hopes to be known by his colleagues as transparent, thoughtful, hard-working and most of all, objective.

John’s scientific pursuits are driven by his innate curiosity, which goes back to his childhood - constantly pestering his parents with questions about everything – a trait inherited by his son.  He cites Gregor Mendel as someone whose scientific accomplishments have inspired him over the course of his education and career.

John enjoys finding opportunities to mentor and to inspire future generations of scientists. He participated in a recent Career Day presentation to an elementary school class, where he shared why he enjoys his work in pharmaceutical R&D.

Outside of work, John is an avid cyclist.  At weekends you can often find him on the back roads of Pennsylvania and New Jersey wondering why his latest bicycle purchase did not make him faster.  When not working, cycling or sleeping, he enjoys spending time with his family, including his young children.