About Us / Responsibility / The Bristol Myers Squibb Foundation / Our success stories

Last summer, just three months after finishing her oncology training, Dr. Thina Mathiba was asked by her mentor to take the reins of the brand-new Soweto Comprehensive Cancer Centre of Excellence, which was about to open in the midst of the surging pandemic. “I asked Professor Ruff, why did you pick me?” Dr. Mathiba recalled. “He just said, ‘You will be the right person for this enormous task.’ And now, I have the chance to be part of something new that’s never been offered here before. I was raised in Soweto, I did my early training here, and this was an opportunity for me to come back to serve my community.” 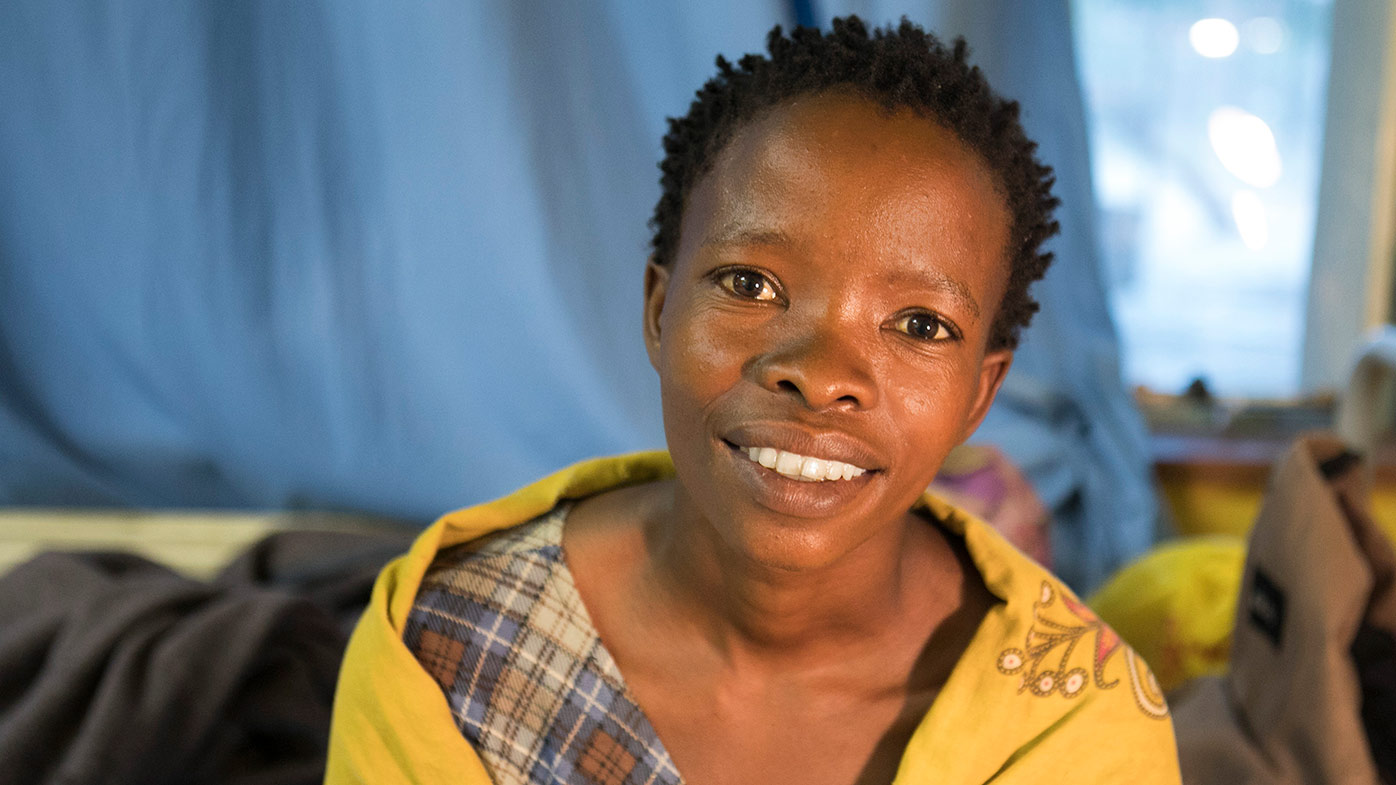 It was a community in desperate need of a cancer treatment center. The new facility — located in a wing of Soweto’s Chris Hani Baragwanath Academic Hospital formerly occupied by a podiatry clinic — quickly became known for the quality of the care and the kindness of the staff. Within a few months of opening, the center had seen 400 patients — which meant Dr. Mathiba herself, as the facility’s sole oncologist, had seen 400 patients. Handling a caseload like that takes energy and compassion — qualities Dr. Mathiba has in abundance.

The doctor’s patients realize how lucky they are. Dorcas S., currently halfway through her chemotherapy treatments for breast cancer, lights up when talking about her. “When I met my beautiful doctor, I was so happy!” she said. “She gave me a shoulder to cry on. I had been told I needed chemo. I didn’t even know what chemo was! Dr. Mathiba explained it. I could ask her anything, and she told me everything. I say thank God I am in the right hands.”

To understand how significant this new treatment center is, context is helpful. Soweto’s population is 99% Black, and the township includes many of the poorest neighborhoods in the province of Gauteng, South Africa’s smallest yet most populated province. Zulu is the township’s dominant language, with only 2% of inhabitants speaking English as their first language.

Before the Soweto Comprehensive Cancer Centre of Excellence opened, there were just two cancer treatment centers in the entire province, with a population of nearly 20 million. Soweto residents who received a cancer diagnosis (and couldn’t afford private medical care), had two options for a treatment facility. They could travel to Johannesburg, or they could make the journey to Pretoria. In neither place would they be likely to find a staff member who spoke their language.

Let’s say an individual’s treatment plan includes eight rounds of chemo, one every three weeks. The trip from Soweto is a long and expensive bus ride away. And when you get there, you don’t see anyone who looks like you, you can’t read the signs, and you have difficulty understanding what you are told. It’s easy to see why many patients don’t follow through on their treatment. As Dr. Mathiba pointed out, the barriers are both logistical and political. “These two facilities were built during apartheid, to serve Caucasian patients. The barriers of apartheid have fallen, yet in a way they still remain. The reality is, before our center opened, cancer patients in Soweto were largely unable to access treatment.”

“
The reality is, before our center opened, cancer patients in Soweto were largely unable to access treatment.
”

And those patients who were able to get to one of the treatment centers faced a months-long wait before securing an appointment, giving their cancer time to progress. Now, with the new center located on the campus of Soweto’s main hospital, the journey from diagnosis to treatment means a walk down the hall rather than months of waiting and a forbidding journey to unfamiliar territory.

The Soweto Comprehensive Cancer Centre of Excellence was made possible by a grant of $1,496,352 from the Bristol Myers Squibb Foundation, which is dedicated to promoting health equity around the world. Cancer outcomes in sub-Saharan Africa are far worse than in wealthier parts of the world. For example, the five-year survival rate for sub-Saharan women with breast cancer is estimated to be 50%, compared to nearly 90% in high-income countries. And in the most impoverished areas, such as Soweto township, this disparity is even greater. Addressing this disparity is why the Foundation chose Soweto for the site of the new cancer treatment center, right in the heart of the township.

Challenges remain, but Dr. Mathiba is optimistic. She recently added a second oncologist to the staff, enabling the facility to see even more patients. Her focus now is on increasing capacity. The center can only administer chemotherapy to 15 patients at a time, because that’s how many recliners they have. And they currently have no inpatient oncology ward, so hospitalized patients are spread across the general hospital. Most significantly, they don’t yet have the equipment to provide radiation therapy, which is a vital part of treating many cancers. “This is where the big block is,” Dr. Mathiba said. “Currently, the only place to get radiation is either Johannesburg or Pretoria, and the wait can be two to five years, which is unacceptable. But the government is working on this and I’m hopeful we’ll have a radiation bunker in the next year or two.”

“In South Africa, getting a cancer diagnosis is a scary thing to hear,” Dr. Mathiba said. “So the person sitting across the table needs to give them hope. The patient needs to know that—no matter where their journey takes them—I will be with them the entire way. That’s my promise to them. But none of this would have happened without the Foundation, and I am so grateful to them for having faith in us.”