A BMS Australia employee reflects on the recent bushfires

Devastated, helpless and heartbroken. These are just a few words that describe how I was feeling on New Year’s Eve 2019 in Australia watching my country burn, on fire like I have never seen before. 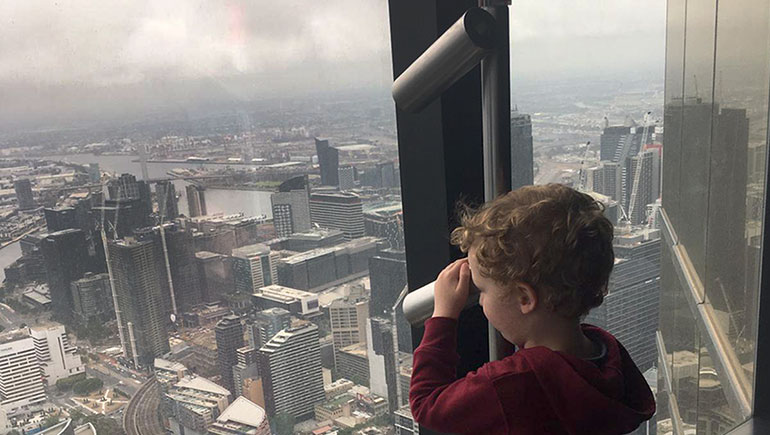 Three-year-old Lowen looks out over the haze of smoke from nearby bushfires shrouding Melbourne.

I have a two-year-old daughter and a three-year-old-son and I did not know how to explain to them the tragic images that they saw glimpses of on the TV. As a mum it felt wrong to pretend that there was nothing wrong. Rather than focus on the destruction of the fires, I found it helpful to focus on the good we can see in this moment of everyone pulling together and how we all help each other out when times are tough.

What’s happening in Australia is not something a child can easily understand. I too still struggle to comprehend the scale of this unprecedented disaster: At least 30 people have been killed, more than 1.25 billion animals are estimated dead, some 25 million acres are burned, and the fires are still burning.

My friends, colleagues’ friends and families have lost their homes. Businesses, towns and entire communities have been displaced. Tourist towns have no tourists. People ask me, “Ali, are you OK?” I am OK, but so many are not around our beautiful country.

I grew up in Gippsland, a part of southeast Australia rich with agriculture and wildlife, and an area that has been devastated by these recent bushfires. A country girl, I am used to fires and floods but nothing could prepare me for this bushfire season. I was born in Omeo, a high-country town in the mountain ranges of Gippsland.  It’s a tough, close-knit community where no one leaves anyone behind. As I write this, Omeo is being evacuated as fires loom in the high country.  Branches are smouldering on our ridges, our wildlife is seeking refuge. We emerge from the flames in the best way we can and help others in every way possible. And it is still only the beginning of the fire season. 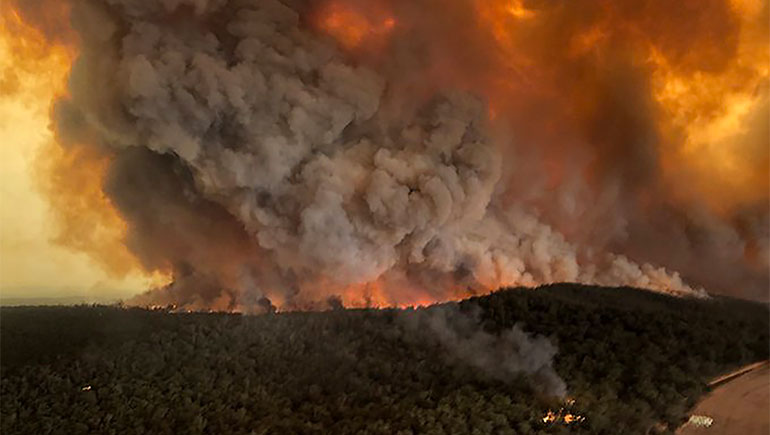 Fires rage under plumes of smoke in Bairnsdale, Australia, in this Dec. 30, 2019, photo from the Associated Press.

All my Bristol Myers Squibb (BMS) colleagues have a story. We are all impacted in some way or another. The fires spread quickly in late December when many were away for a holiday break. Most had gone to the coast. It’s the Australian way. We turn off our phones, we load our cars with surfboards and Christmas presents and enjoy our Australian summer. The fires hit the coastline area hard, making for some close calls for employees escaping danger. It also created challenges for our Environment, Health & Safety (EHS)  and Crisis teams as they worked to contact nearly 400 employees to ensure they were safe.

Thankfully, the teams were able to account for everyone’s physical safety. The mental impact of course continues. BMS has been incredibly supportive as employees strive to get back to normality in work and life. Thanks to this support and thanks to the resilience of our colleagues, the important work of BMS continues. 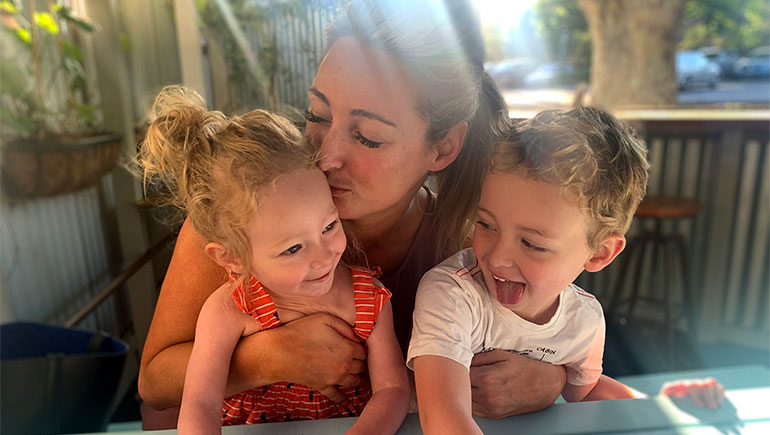 Working closely with its distribution and supply partners, BMS has been able to provide for uninterrupted supply of medicines for patients across this very wide and expansive country. Everyone has worked towards this goal.

It is difficult to put into words how we are feeling right now at BMS in Australia.  Much like the rest of Australia, we are feeling both heartbroken and proud to be part of this beautiful country. Heartbroken by the fires that continue to ravage our homes, and the devastating loss of human and animal life, but still so proud to stand alongside so many incredible and selfless people. To those who have experienced loss, my heart is goes out to you. To those volunteering their time to provide aid and stop the fires, I thank you from the bottom of my heart.

Also, like the rest of Australia, we are moved by the generosity of spirit behind the donations that are coming into our country from around the world.  This includes the Bristol Myers Squibb Foundation which has made a donation of $50,000 to the Australia Red Cross and is matching the amount donated by BMS employees.

The recovery will be complex and ongoing. It will take everyone working together to help save our country, our patients, our animals and our planet. Now is the time to take a stance and think about how we can collectively contribute to looking after our planet for the next generation.