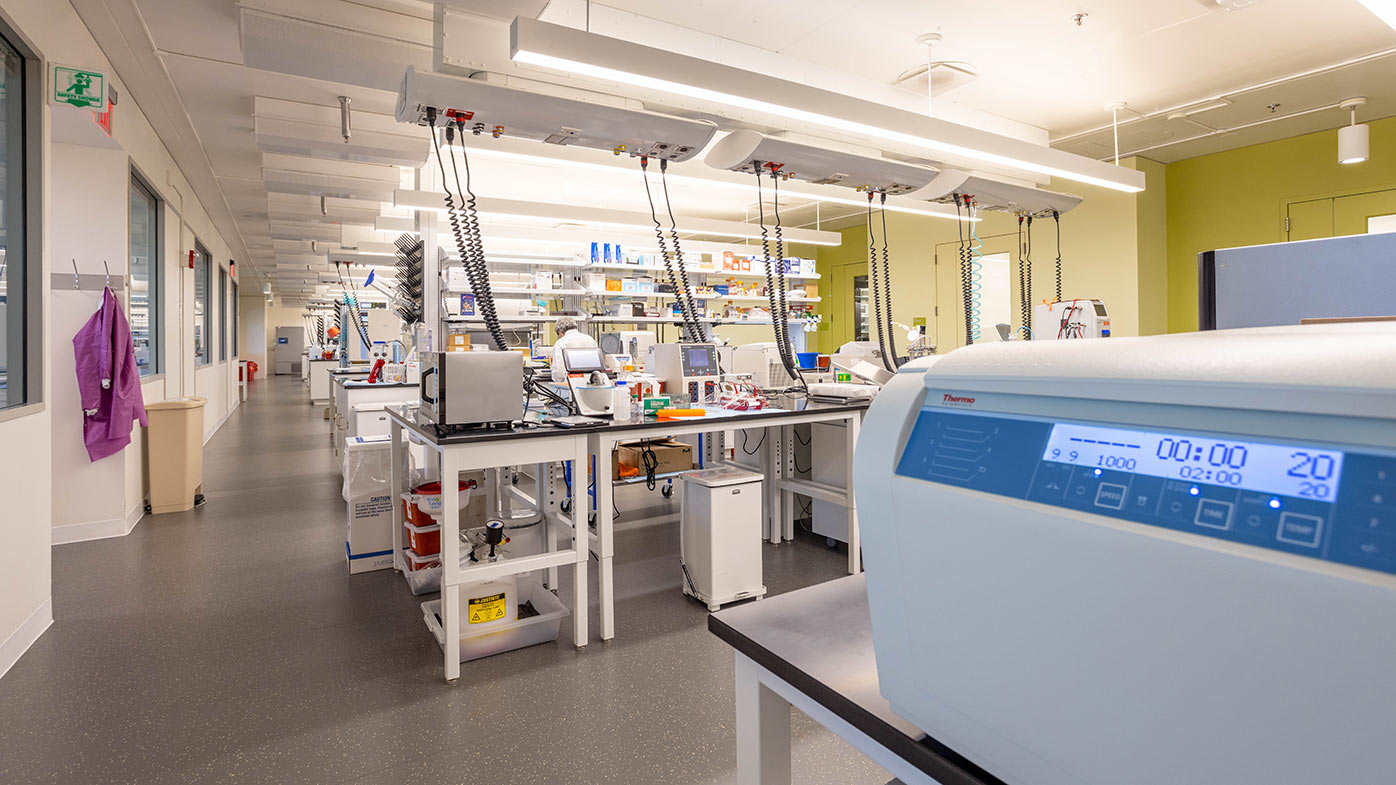 Unleashing innovation through incubators and beyond

Bristol Myers Squibb’s commitment to R&D innovation goes beyond its internal drug discovery engine and even beyond a vast network of external partnerships. To help accelerate the next wave of scientific breakthroughs, the company also supports life science startups and aspiring biotech entrepreneurs through a diverse and growing array of programs in the U.S. and abroad.

The effort encompasses a company owned-and-operated incubator laboratory in New Jersey, a Golden Ticket program that awards lab space to young companies across the U.S., and a variety of initiatives in the U.K. and Europe for nurturing exciting early science across industry and academia.

“It’s all part of our contribution to the ecosystem,” said Executive Vice President and President, Research & Early Development Rupert Vessey. “We want to provide support for young companies to incubate and for scientists to advance cutting-edge ideas. While it may not lead to a business partnership, we take an active interest in their progress and when we see something developing that’s of potential value to our portfolio, we’ll be in a strong position to explore that with them.”

Such was the case last summer when Bristol Myers Squibb invested $7 million in Nitrome Biosciences, a startup that won the company’s Golden Ticket contest in San Francisco, to support the development of therapeutics targeting a group of enzymes called nitrases involved in a variety of disease processes.

Seeding innovation in the Garden State

The flagship of the company’s incubator initiatives is the Thomas O. Daniel Research Incubator and Collaboration Center (TODRICC) in New Jersey. Named for Celgene’s former head of Research, and the brainchild of its former CEO Bob Hugin, the TODRICC is emblematic of the importance Celgene placed on external collaborations as well as its desire to nurture a biotech ecosystem in the Garden State.

“They looked at what was happening in Cambridge, San Diego, San Francisco and New York City, and said, ‘What about New Jersey?’” said John Anthes, senior director, Incubator Management.

Located within the company’s Summit R&D site, the TODRICC has 16,000 square feet of fully equipped lab space, as well as offices, conference rooms and an event/lecture room available for rent to early-stage biotech companies that share Bristol Myers Squibb’s vision of transforming patients’ lives through science.

Renata Pasqualini is the founder of two companies currently working from the TODRICC – PhageNova Bio, Inc., and MBRACE Therapeutics. She said the quality of the facility not only makes an ideal place for scientific work, but also helps to convey legitimacy with potential investors.

“The infrastructure is amazing,” she said. “When people come in, I think the incubator projects the image that we wish to project with our business model: that this is a serious operation, it is well-staffed, it is well-funded, and work gets done in a highly professional way.”

Golden Ticket contests follow a different path to the same goal of helping startups advance their science and build their companies. Winning companies receive a year of fully equipped and supported lab space through established incubator facilities based in some of Bristol Myers Squibb’s key regions for scientific research.

The company began the contest in Cambridge in partnership with incubator facility LabCentral in 2016, even before it opened an R&D site in the city, to contribute to the biotech startup ecosystem and raise awareness of Bristol Myers Squibb as a partner of choice. Since then, the Golden Ticket contest has grown to include New York City, in partnership with incubator facility BioLabs@NYULangone; and San Francisco with MBC BioLabs.

“These Golden Tickets are an important way for us to foster the growth of life science startup companies and bolster the communities in which we work and live,” said Kristen Hege, senior vice president, Early Clinical Development, Hematology/Oncology and Cell Therapy and San Francisco site head. “Our goal is that BMS’ general support of the three incubators and our specific contributions to companies within them will help spur the next wave of scientific breakthroughs that lead to development of new medicines that improve the lives of people with serious diseases.”

Building a BRIDGE to innovation in the U.K. and Europe

BRIDGE is more of a “pre-incubator” program, said Peter Worland, senior vice president, TRC Integrative Sciences for the company.  Rather than working with existing companies, Bristol Myers Squibb and EVOTEC look to tap into interesting academic science and create a framework for translating that research into something that could become a company. EVOTEC and Bristol Myers Squibb have established BRIDGE collaborations with leading academic institutions in the U.K. and Germany.

“It’s ‘pre-incubator’ in that we are bringing together academic and industry resources to help frame questions and experiments to assess whether an idea is robust enough to eventually support the formation of a company,” he said.

The prospect of BRIDGE-sponsored research one day reaching the marketplace is distant at this early stage of engagement, perhaps seven years or even longer away, but that’s OK, said Worland.

“Initiatives like BRIDGE and incubators in general give Bristol Myers Squibb an opportunity to demonstrate its long-term commitment to innovation, while at the same time, building relationships with people who may very well be future leaders in the industry,” he said. “This a big industry, but it’s also a small industry in terms of people – and in terms of a company earning a reputation as a good partner.” 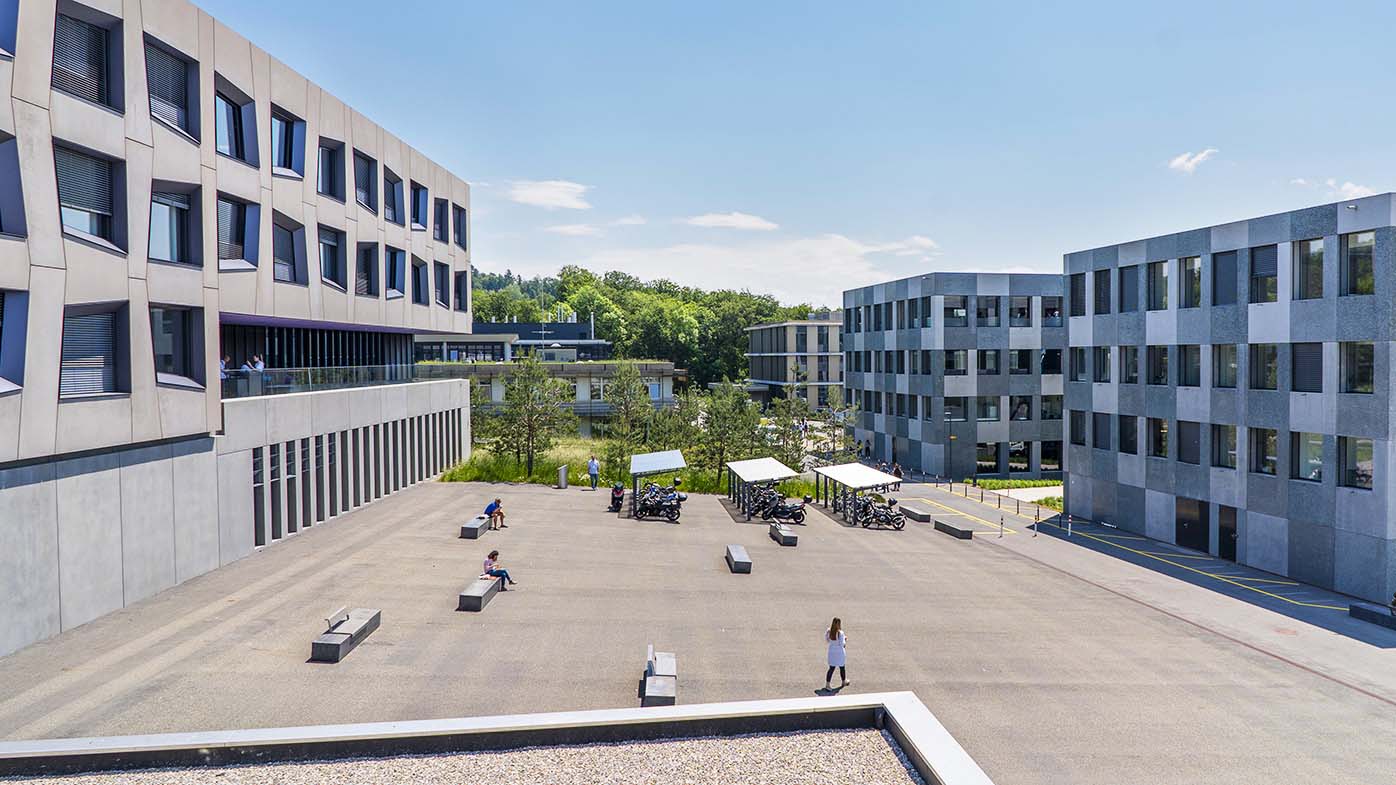 The expanding array of Bristol Myers Squibb initiatives like these also includes a partnership with Biopôle, an innovation-oriented life sciences campus based in Lausanne, Switzerland, which connects the company to a strong community of industry and academic specialists.

Bristol Myers Squibb is also a supporter of the Massachusetts Biotechnology Council’s MassBioDRIVE program – a biotech “accelerator” that provides a variety of support to emerging biotechs to help them launch successfully.

“A novel approach emerging from one of these startups could lead to a therapeutic advance that improves the lives of people with serious disease,” said Sharon Cload, VP of Biotherapeutics Discovery. “This is the mission that drives every one of us at Bristol Myers Squibb.”