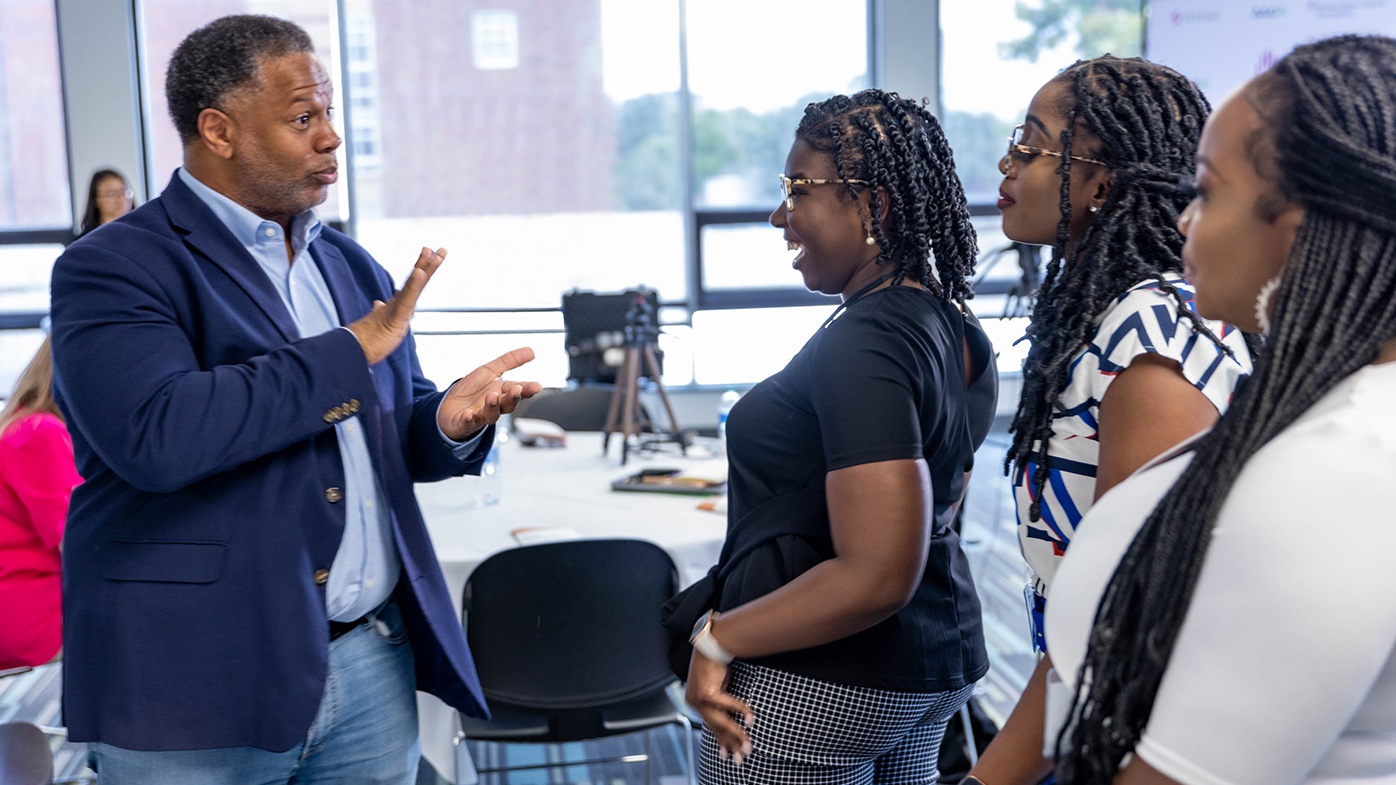 The future of diversity in clinical trials

Meet some of the first cohort of diverse medical students dedicated to improving health equity who have been chosen to participate in the Robert A. Winn Clinical Investigator Pathway Program.

When he was 11 years old, Cesar Ramirez contracted a joint infection that spread throughout his body. During a three-month stay in the hospital, his two physicians became not only his healers but also his inspiration. Today, the second-year medical student is pursuing the dream forged by that experience: a career in medicine. The son of Honduran immigrants, Ramirez is one of 44 diverse medical students dedicated to improving health equity who have been chosen to participate in the Robert A. Winn Clinical Investigator Pathway Program (Winn CIPP).

The Winn CIPP exposes second-year medical students who are underrepresented in medicine (URM) to the basics of clinical research and to working in underserved community health settings to provide outreach, education and engagement on clinical trials. As part of the Bristol Myers Squibb Foundation’s $100+ million initiative to increase diversity in clinical trials, Winn CIPP is a six-week immersive summer service-learning experience that aims to mentor more than 250 URM medical students by 2027. It is one facet of the Robert A. Winn Diversity in Clinical Trials Award Program, which will also train more than 250 diverse clinical investigators equipped with the skills to increase inclusion, equity and diversity in the conduct of clinical and translational research.

Here are a few of their inspiring stories.

Cesar Ramirez, DACA student dreaming to create a legacy for his parents 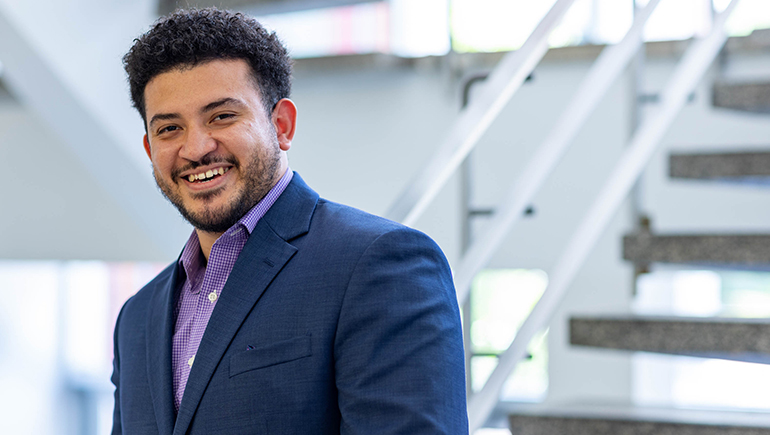 At 11 years old, Cesar Ramirez unexpectedly discovered his love of medicine through the care he received from his doctors. His parents worked multiple jobs and were often unable to be at his bedside. Ramirez’s physicians not only provided medical care but also supported him emotionally through his procedures and recovery. As a result, Ramirez grew acquainted with his caregivers and began shadowing them around the hospital. Quickly, he was able to develop an understanding of what they did − help others. His experience fueled his desire to become a doctor.

However, making this goal a reality came with challenges. During his junior year in high school, Ramirez realized he was unable to apply for college because he was not an American citizen. He was devastated, convinced that his dream to help others was unattainable. But when the DACA (Deferred Action for Childhood Arrivals) Act passed in 2012, Ramirez’s plan to attend college was resurrected. He applied to only one college, was accepted, and graduated in three years with honors, while holding down three jobs to fund his education and help his family.

Currently a student at the Sam Houston State University College of Osteopathic Medicine, Ramirez earned the opportunity to take part in the Winn Clinical Investigator Pathway Program. This unique training is providing practical experience to enhance his medical education while helping him develop skills to more effectively support families who encounter healthcare challenges like those his family experienced.

Ramirez said he hopes to return one day to his native Honduras to open a health clinic in his family’s rural farming community. “My parents sacrificed a lot to enable me to succeed,” Ramirez said. “I need to do something in return. So for me, this is not just about receiving an education but leaving a legacy. This is bigger than just myself.”

Milan Lanier, Florida resident on a mission to break down health barriers 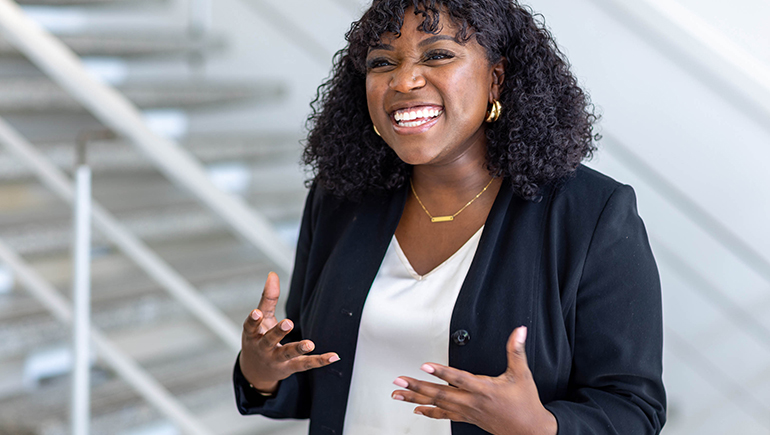 When Milan Lanier was in elementary school, she wore scrubs for “What Do You Want to Be When You Grow Up” day. Born and raised in Melbourne, FL, Lanier always knew she wanted to be a physician.

Lanier was fortunate to have doctors who cared for her growing up, and it was not until later in life that she started to notice and reflect on the disparities in underserved communities.

While pursuing a bachelor’s degree at the University of Florida, Lanier tutored Hispanic elementary-school students in English. She noticed that in math, these students aced every numeric problem, but when it came to word-based problems, the students struggled because of the language barrier. When Lanier spoke to the parents about their children’s academic progress, she was struck by the relief in the parents’ eyes. It occurred to her that because she could speak their language, this might be the first time a Spanish-speaking parent in her community was able to have a real conversation with their child’s educator.

“Speaking to these parents, I started to think about patients in the medical field and the barriers they face in order to receive proper equitable care,” Lanier said. In fact, this moment made her reflect on the medical advice given to her late grandmother when she was a young girl. As a nine-year-old, Lanier was too young to understand this at the time, but years later as a college student she realized that her grandmother most likely faced medical neglect due to racial and ethnic barriers. This realization was a turning point for her, motivating her to pursue patient care and advocate for all populations in healthcare.

Living outside of Florida for the first time in her life, Lanier is now a second-year medical student at Alabama College of Osteopathic Medicine, passionate to understand and address the various disparities in communities of color and serve as an advocate for others. She understands that clinical trials often do not reflect diverse populations and that more physicians of color need to be involved in clinical trials. As she continues her medical career, Lanier hopes that through community engagement and research on equity improvement, people will be encouraged to participate in clinical trials and learn to trust medical professionals. 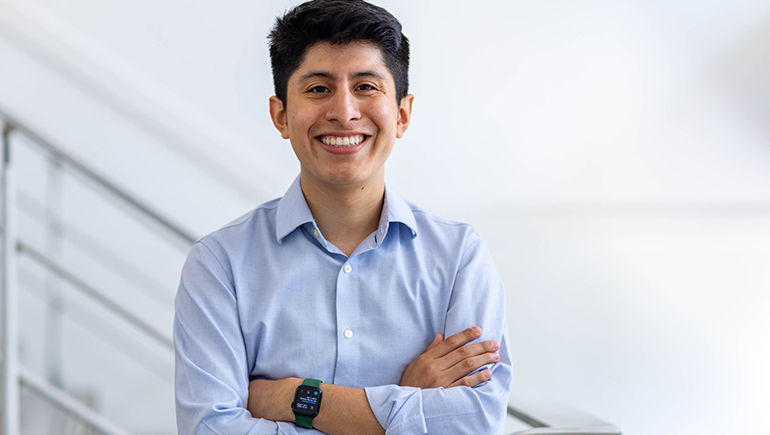 In 1994, Edwin Antonio’s family emigrated from Mexico to the U.S. so his eldest sister, born with cerebral palsy, could receive proper treatment. As the youngest of three children and born in the U.S., Antonio served as his family’s translator and advocate. Shouldering the responsibility for navigating the healthcare system for his family was not easy, and this made a significant impression on Antonio. A few years later, he realized he could help change this by working to improve the quality of healthcare for diverse populations.

“I am thankful for everything that I have been through,” Antonio said. “It has made me resilient.”

Throughout high school Antonio worked several summer jobs and was able to earn scholarships that paid for the most of his college education. As an undergraduate, Antonio double majored in chemical engineering and biochemistry with aspirations of developing medical devices. He also worked as a hospital volunteer coordinator and for an HIV oncology unit.

These real-life experiences working with patients showed him how medicine can instantly impact lives. He knew he found his calling. Now a medical student at the University of Washington School of Medicine, Antonio aspires to be a doctor who will work to ensure every patient receives high-quality, equitable care. 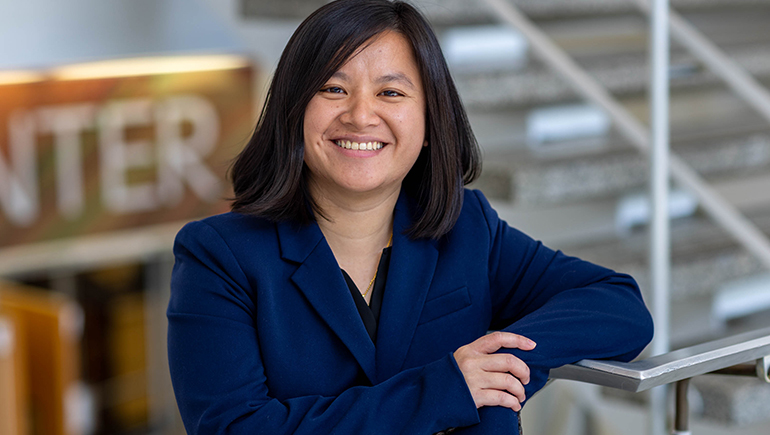 As an eight-year-old girl in Vietnam, Trang Duong discovered a suspicious mole on her body. Like many in their community, the Duong family generally only sought out medical care when absolutely necessary. One reason was that the nearest hospital was a five-hour drive from their home. Nevertheless, Duong and her family made the trip to have the mole removed. Duong is grateful for this for at least two reasons. One, the mole was a teratoma tumor, which if left untreated would have had serious consequences. And two, the doctor’s care and reassurance inspired her to become a doctor herself.

A year later, after her family moved to the U.S., Duong’s emerging passion for helping others led her to volunteer at local charities and hospitals. These experiences drove her to study biology at St. John Fisher College. Unsure about her ability to become a physician, she initially planned to become a pharmacist, but after she returned to Vietnam and spent three months helping at a local hospital, Duong’s career goals began to change. She had her first taste of working directly with patients and this stimulated her desire for more patient interaction.

Following graduation, Duong worked as a patient care technician and then in a medical lab on clinical trials. It was there she came to appreciate the challenges and complexities of human research and was inspired to go to medical school.

Now a medical student at Lake Erie College of Osteopathic Medicine, Duong’s goal is to become a clinical researcher who is committed to provide the best possible care for those who need it.

“I want to help others from underserved communities, similar to those I saw in Vietnam,” Duong said. “These are the people who need it the most.”