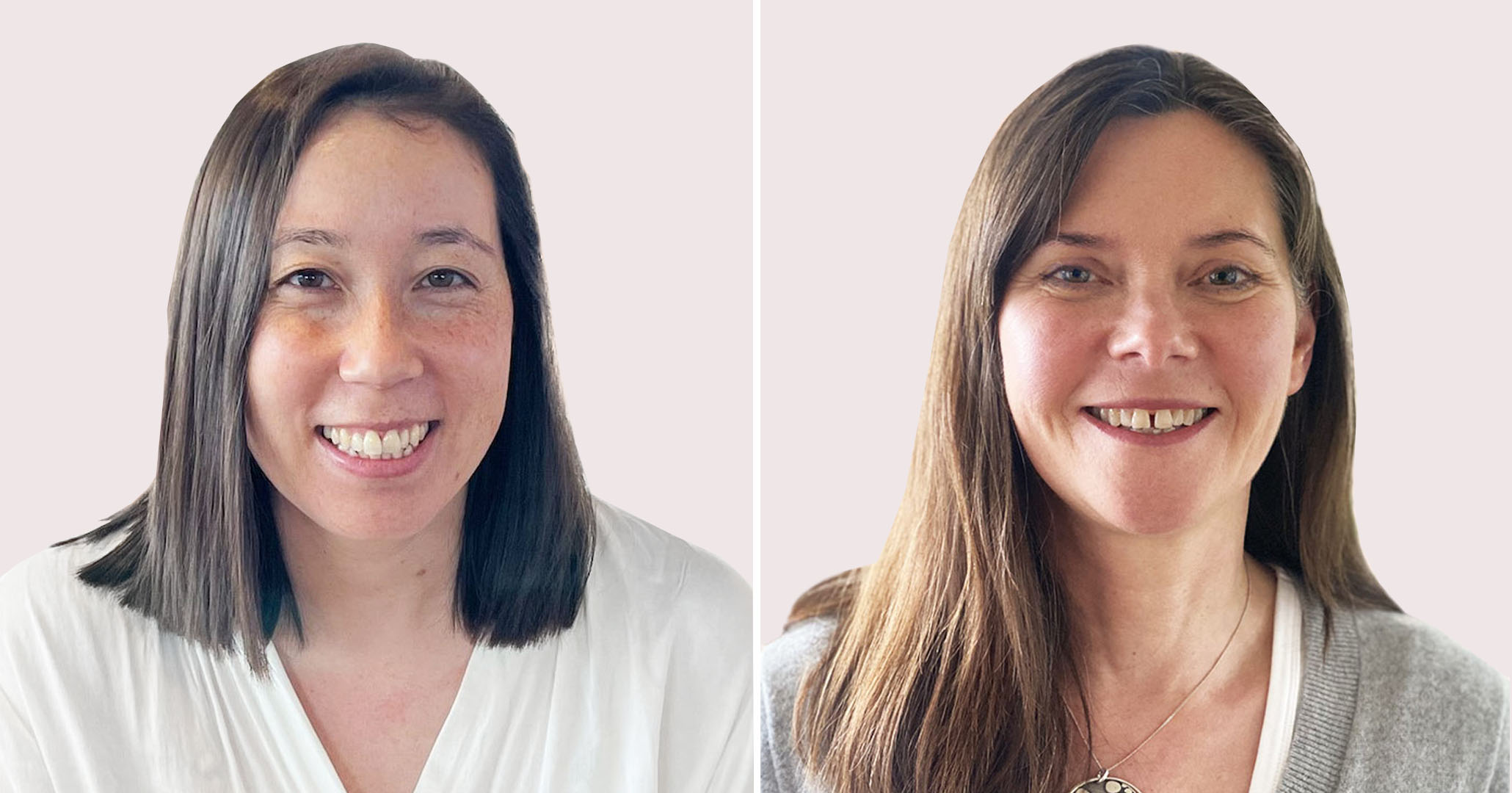 Give and take: The power of mentorship at Bristol Myers Squibb

You can see Ruth Salmon’s and Kimberly Harrington’s working relationship at its most genuine when you ask them to talk about each other. They both start in and, after realizing they are talking over one another, both politely offer the floor to the other. They exchange a laugh and eventually take turns detailing the mutual respect and inspiration their mentorship affords.

Salmon and Harrington joined Bristol Myers Squibb in 2019 by way of Celgene, and they met for the first time in the kitchen of the company’s Immuno-oncology and Cell Therapy Thematic Research Center (IO-CT TRC) in Seattle. Neither knew at the time that small talk about yogurt and lemon curd would be the start of a powerful mentorship that would lead both women into some of the most exciting and meaningful work of their careers.

Hear Kim share memories of her first meeting with Ruth

Salmon leads the preclinical sciences team at the IO-CT TRC, which develops cell therapies for blood cancers and solid tumors. Harrington reports into Salmon’s team as part of the cellular therapy preclinical biology team, which leads the in vitro characterization of the company’s CAR T cell therapies before they move on to clinical development.

“Seeing our therapies go from the invention stage all the way into patients has been really exciting,” Harrington said.

Salmon and Harrington built a friendly rapport following their lunch break in the kitchen, and Harrington found herself reaching out to Salmon for support during a particularly demanding project.

“I went to Ruth and told her I needed help and she totally took me under her wing,” Harrington said. “She really stepped in and when I needed her, she always made time for me.” Eventually, a department restructuring resulted in Harrington reporting directly to Salmon, and the mentorship developed from there, Harrington said.

The pair has worked on a number of projects together, including cell therapies in the areas of acute myeloid leukemia and myeloma, and both have leaned on and learned from each other along the way. Salmon and Harrington have both seen each other shine through their collaborations.

“I think I've learned as much from Kim as she says she has from me,” Salmon said. “The way that she approaches problem solving and her exceptional leadership skills together with how she engages different stakeholders along the way, it really brings all the pieces of the puzzle together. I really appreciate the broad and open-minded approach that Kim brings to these scientific challenges.”

Harrington said she learned from one of the best.

“I have learned so much from Ruth, but one of the most important things I’ve experienced under her leadership is feeling supported and knowing I can be my authentic self at work. Whether it’s an experiment that has gone wrong or something happening in my personal life, I know I can work with Ruth to find the best path forward.”

Harrington said she hopes to one day take what she’s learned from Salmon and pay it forward to a future mentee.

“Ruth’s leadership style and how she supports her people is something that I definitely want to take and pass on to others,” she said.

Salmon said she’s only doing what comes naturally — her path in the industry was trodden by the strong female leaders who came before her.

“And here at BMS, we're really fortunate because this is a really strong organization for female leadership,” she said. “I’m incredibly honored to be a part of that.”

There is one final, yet important, way in which the two help each other as colleagues.

Salmon seems to have perpetual (and laughable) bad luck aligning her vacations with the unpredictable weather of the Pacific Northwest. Harrington makes sure to note on the calendar when Salmon is planning a vacation, and promptly chooses a different date.

RELATED ARTICLES
Searching the globe for the next big deal for patients >
Continuing our culture of putting patients first >
Faster, higher, stronger >
Keep the wheels turning >
From patient to physician: Trading places >