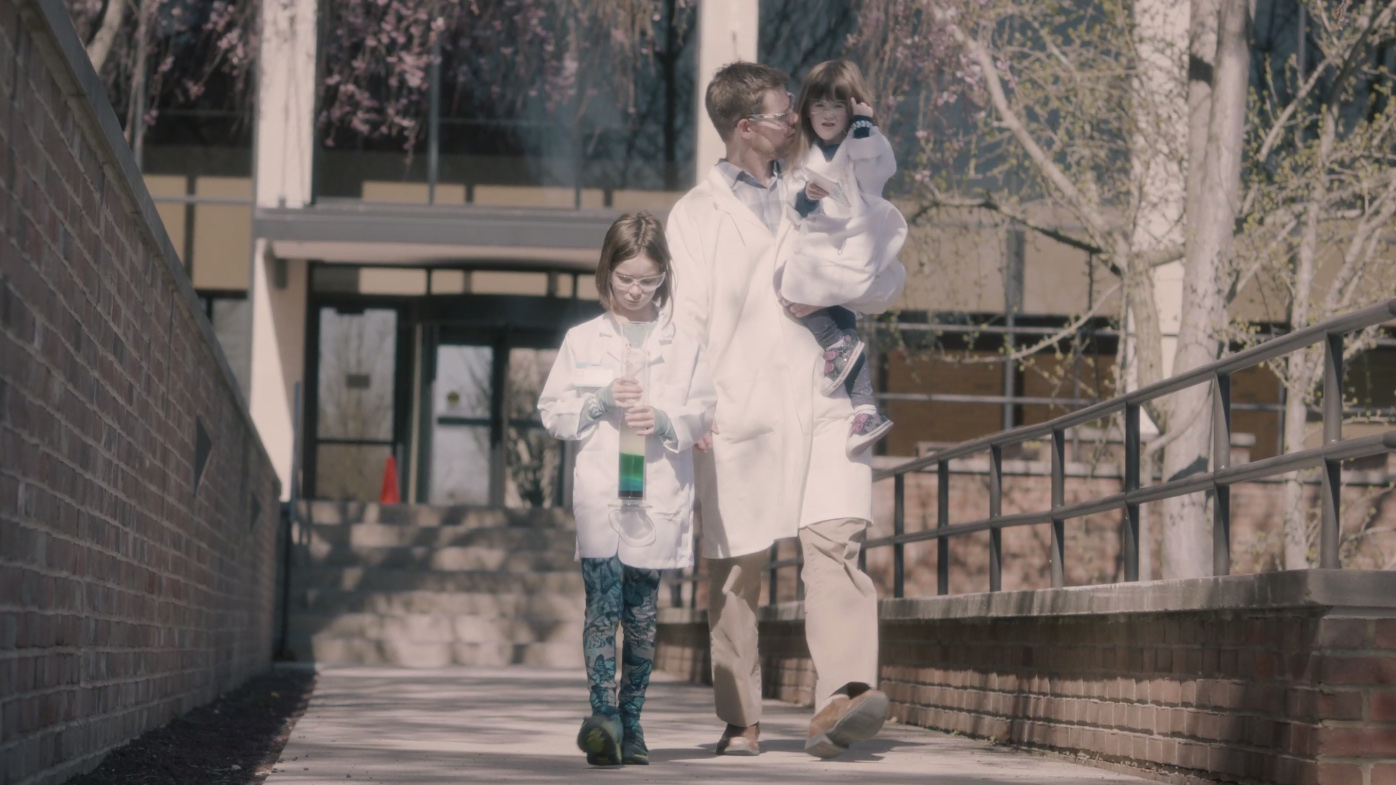 Watch the video on Daughters & Data

You could say that science is in the Moslin girls’ genes, as Ryan’s wife, Karen Miller-Moslin, also works at Bristol Myers Squibb. Ryan is excited by the idea that his daughters may take an interest in careers in STEM, but knows the benefits of the field will help them wherever they end up.

"They may be scientists, and may not be scientists. Regardless of what they are, I think asking questions and learning from mistakes is going to be helpful, and if they're scientists, that skill is going to translate to every different discipline,” Moslin said. “I've always wanted to be a parent. I love the way my daughters learn. I hope they'll be scientists, but as long as they're happy, I’m happy.”

Moslin uses this approach to science himself as a medicinal chemist, working to uncover new or novel approaches to modulate the immune system to treat disease. He utilizes his chemistry background to design and build new compounds, including small molecules.

For Moslin personally, the idea that a therapy he is working on could have the potential to improve the lives of the next generation is where he finds his motivation.

“As a father, I do believe that a terrible amount of hard work, patience and love will solve almost any problem that your children will encounter. But there are problems that can't be solved that way. For some of those problems, that's where pharma comes in,” Moslin said. “The idea that you can help, if not your child, then someone else's child, even ten years down the road, and that someone else is working on something that may help my child... that’s what inspires me to come to work every day.”