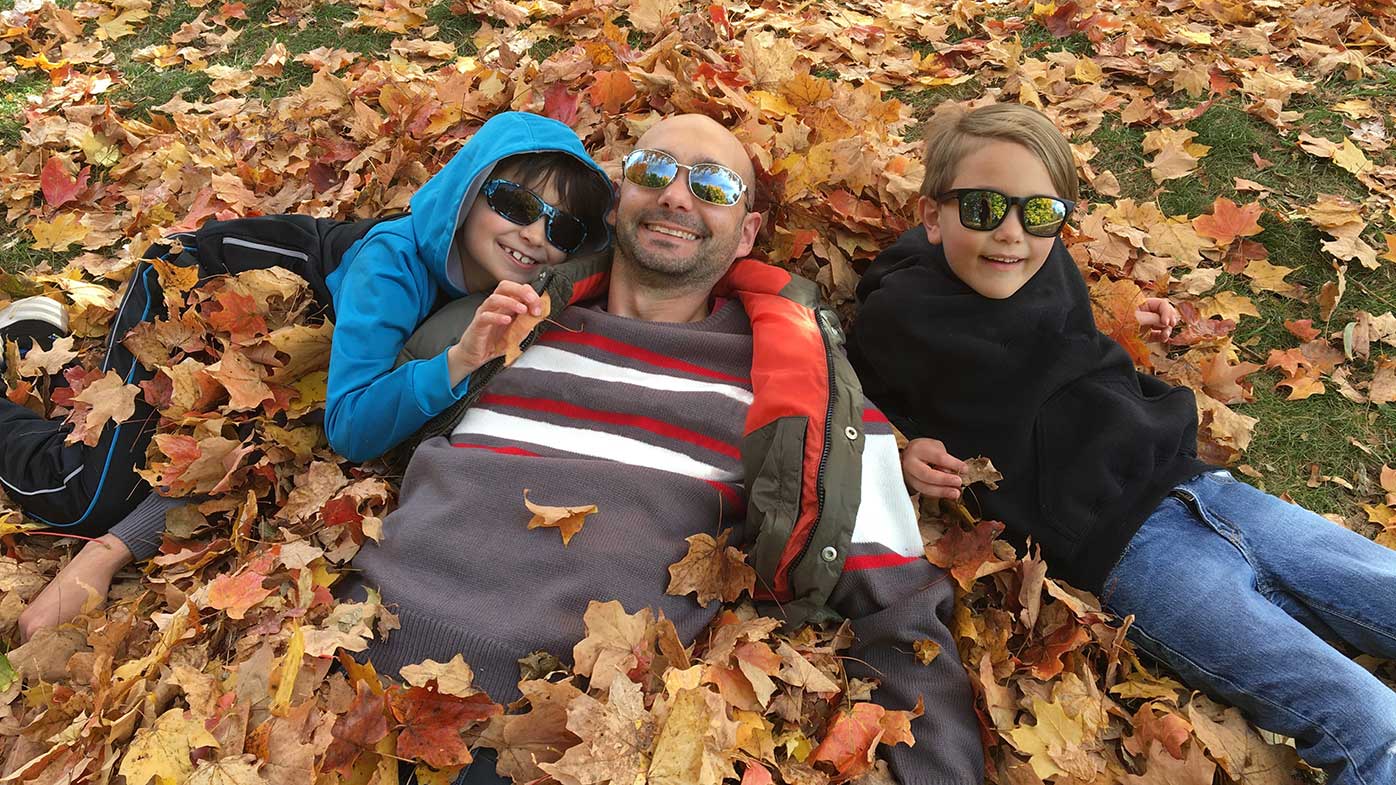 Soon after, he saw a neurologist, who ordered tests that eventually revealed a fairly large, active lesion in the lower thoracic area of his spine. After additional tests over a period of about four months, his doctor confirmed a diagnosis—Matt had relapsing-remitting multiple sclerosis (MS).

“It was devastating news and a scary time. I didn’t know what my life might be like going forward, with a neurologic condition,” he said.

It was a difficult beginning to a journey of adjustment and adaption that continues today. 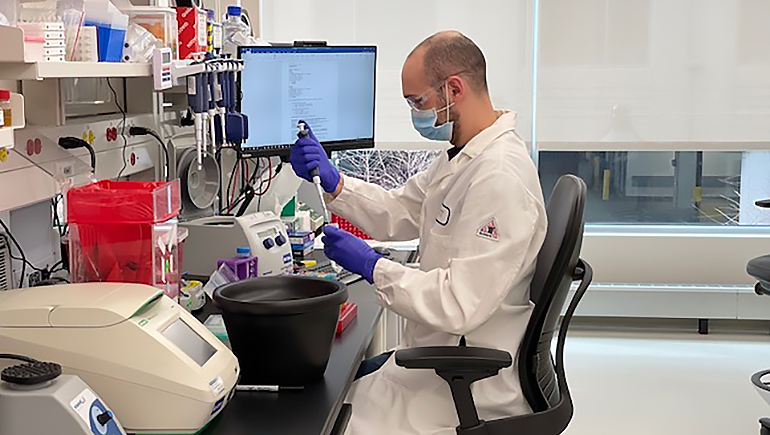 Matt working in the lab at Bristol Myers Squibb.

MS, a disease of the central nervous system, affects nearly one million people in the U.S. alone and can trigger a wide range of physical and mental symptoms that can be hard to predict and that change over time.

For Matt, who works as a scientist at Bristol Myers Squibb and loves outdoor, physical activities with his family, life as he knew it changed drastically with the diagnosis.

“There was absolutely a grief period for what I had lost and remembering what I used to be able to do and can no longer do,” he said.

Matt had run a half-marathon with his wife, but doesn’t know if he can do so again. The course of MS can vary from person to person, but in Matt’s case, it was unlikely that his physical abilities would return to their former state.

“Walking is more difficult. My muscles get tired faster,” he explained. “In addition, fatigue is a big part of having MS, and just getting up in the morning takes more energy.”

Physical challenges also affected playtime with his two young children. Sometimes he would reach his physical activity limit and had to rest, a difficult proposition to explain to children.

“It’s tough to cope with the idea that this is my body now, especially as someone who has always been physically active. There is a sense of loss, and not everyone understands that,” he said. 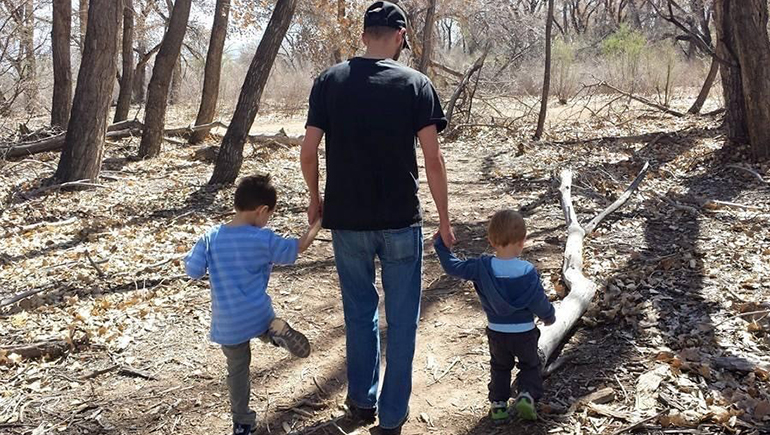 Matt and his sons take a walk through the woods.

The power of support

Coping with the life-changing adaptations and questions surrounding MS has made it clear that a support system, including family and beyond, is vital.

“You can’t do this on your own. It’s important to find help everywhere that you can and ensure that you find a support system for both the physical and mental aspects of the disease,” he said, noting that for himself and many others with MS, depression is also a symptom.

Matt’s family has been his rock. His wife dropped everything to support him as he underwent tests and processed the implications of the diagnosis, and she has continued to be there for him, always emphasizing that “we’re doing this as a team.”

“It has been an emotional time for the two of us,” he said, “MS affects my entire family. I always say that I don’t have MS—we have MS.”

His family has been supportive as he tries new types of physical activities and ways to monitor his energy expenditure. Both swimming and yoga have been enjoyable and beneficial, and he has worked on conserving energy throughout the day in order to have more available for playtime with his children and other activities.

Colleagues have been compassionate and accommodating as well, and Matt has so far been able to continue in the lab, though he wonders if MS will someday impact his hands, which are vital to his scientific work.

“I’m a scientist and I’ve always wanted to be a scientist. But this is also the first time I’ve been a patient,” he said.

Part of a community

When he underwent treatment for the first time, the setting was a communal room with other patients receiving infusions for various conditions. It struck him that some of those therapies may have been medicines that he has worked on at Bristol Myers Squibb. It was an “impactful moment,” he said, making it clear that he was part of a global community of scientists seeking potential cures for various diseases, while at the same time part of the patient community receiving those therapies.

As a patient, Matt has experienced misconceptions people may have about MS and other illnesses or disabilities that are not always visible to the casual observer. Through his work with People and Business Resource Groups (PBRGs) within Bristol Myers Squibb, which began before his diagnosis, he has always been a champion of diversity and inclusion. Now, with the perspective brought about through his lived experience of MS, he has become involved with the PBRG called DAWN (Differently-Abled Workplace Network) in order to advocate for people with disabilities and share what he has learned.

“The idea of hope is not something that comes naturally to me. But I’ve learned the importance of taking each day for what it is, and understanding that it’s natural to have a sense of loss and grief. If it’s a bad day, it’s okay to lay low, but if it’s a good day, take advantage of that, do the things you enjoy, and embrace that day.”

See below video for Matt's story.