Working with a variety of community-based, regional and national partners in the U.S., Together on Diabetes® supports efforts to develop and expand effective patient self-management programs and broadly engage affected communities in the fight against diabetes. 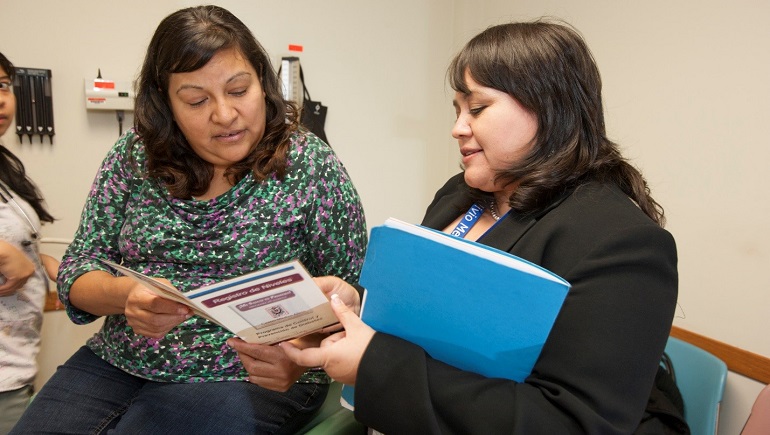 Assigning peers to patients with diabetes makes a big difference in how they manage their disease.

Type 2 diabetes is a growing public health challenge. Worldwide, one in 11 adults age 18 and older suffers from type 2 diabetes, which directly causes about 1.5 million deaths each year and is expected to become the seventh-leading killer by 2030, according to the World Health Organization.

More than 80% of diabetes-related deaths occur in low- and middle-income countries, where the disease disproportionately affects the poor, minorities and the elderly, many of whom are not receiving the care and support they need to improve their glycemic control.

Together on Diabetes® is a philanthropic program of the Bristol Myers Squibb Foundation with the mission to develop and expand effective patient self-management programs and broadly engage affected communities in the fight against diabetes. We work with a wide variety of community-based, regional and national partners across the U.S.

Grant making for Together on Diabetes concluded in December 2013, but the Foundation will continue to provide program support to grantees and remain strongly engaged with their efforts through 2018.

Type 2 Diabetes in the U.S.

Nearly 30.3 million Americans are living with type 2 diabetes, including 7.2 million who are undiagnosed and do not know they have the disease. Another 79 million have pre-diabetes and are at high risk of developing the disease. While type 2 diabetes affects more than 9% of the general population, or one in 11 people, the rates are much higher among ethnic minorities, ranging from 12% for Hispanic Americans to as high as 33% in some Native Americans tribes who live in the U.S. Southwest.

Together on Diabetes was launched in November 2010 with the goal to improve the health outcomes of people living with type 2 diabetes in the U.S. It works by strengthening patient self-management education, strengthening community-based supportive services and broad-based community mobilization. Consistent with the Bristol Myers Squibb Foundation’s mission to promote health equity and improve health outcomes, this initiative targets adult populations disproportionately affected by type 2 diabetes. The Together on Diabetes initiative funded a total of 25 projects in 28 states and the District of Columbia.  All projects will complete their activities and evaluation in 2018.


Since November 2010, Together on Diabetes has funded 25 projects in 28 states and the District of Columbia.