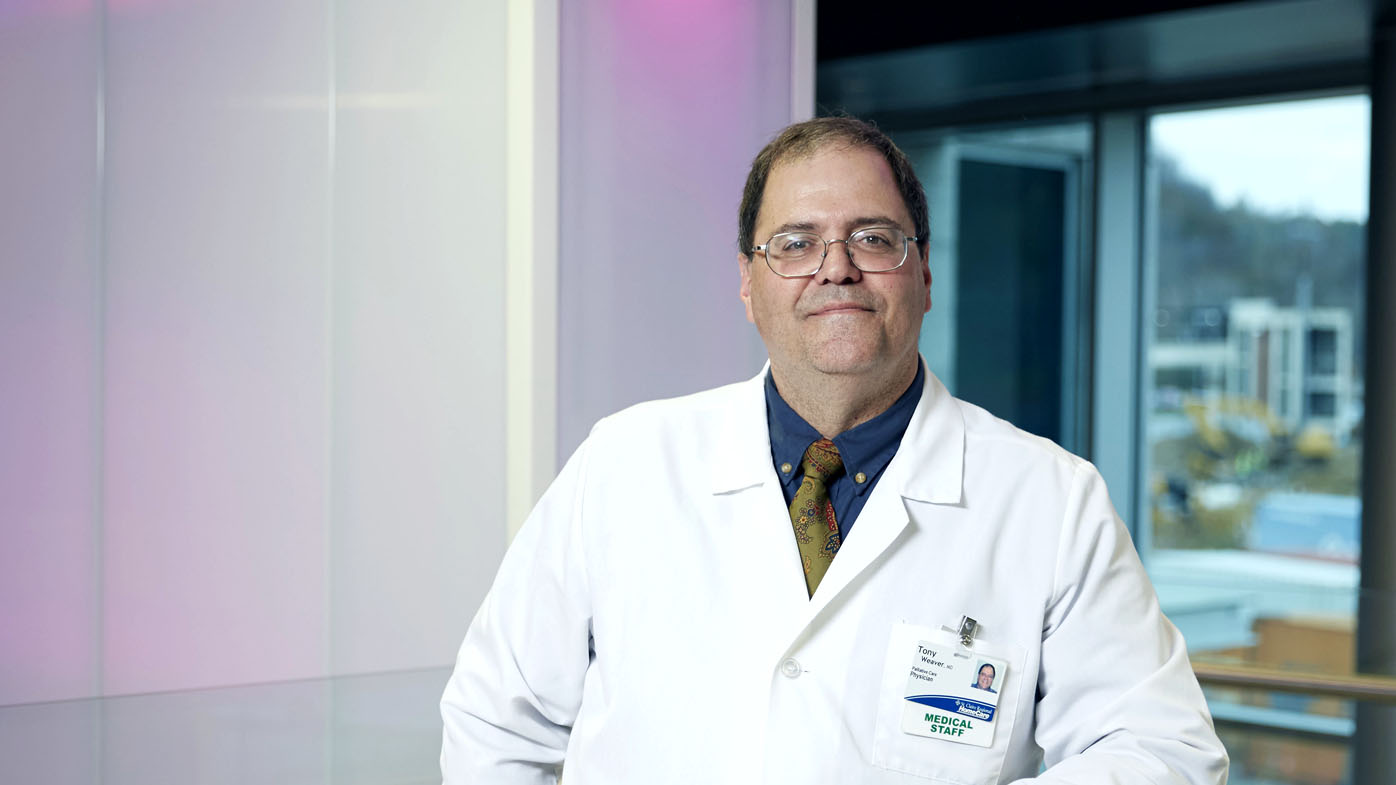 Our Stories / On the Front Lines

On the front line

A Kentucky physician wages his own battle against lung cancer, one house call at a time

Dr. Tony Weaver pulls out of the parking lot at St. Claire Regional Medical Center, a rural hospital in the small town of Morehead, Kentucky. He has a house call to make. Today’s appointment is 20 minutes from town, down a two-lane road with no cellphone reception.

He makes rounds of home visits every other week, seeing six or seven patients each time—a welcome change from the dozens he once rushed through on an average day at a clinic.

“I started in an internal medicine clinic, and I did that for 17 years. The problem is, I like to talk to my patients too much. I was always running behind,” he says. “If you like to talk a lot, then palliative care is a great place to be. You can still practice really good medicine, and you get to know the patients really well.”

Reaching the end of a long gravel driveway, Weaver enters a little brick house and heads for the living room, where he’ll examine his patient.

Billie Armstrong smiles through the nasal oxygen tube. Diagnosed with lung cancer seven years ago, he is a proud and stout ex-Marine who worked at an automotive plant for 40 years and boxed for recreation. Weaver remarks on Billie’s strength, but notices he’s unsteady.

Across the small, tidy room, Billie’s wife, Dorothy, sits next to a bed impeccably made with a hand-stitched quilt.

Billie’s favorite flavor is vanilla. And chocolate. Billie’s not fat by any stretch, but Weaver cautions that any weight gain might make it harder for him to get around, and harder for Dorothy to help him if he falls. But don’t take away the man’s ice cream.

“You want to make sure he gets the joy,” Weaver says. “So give him small ice cream cones. One scoop.” 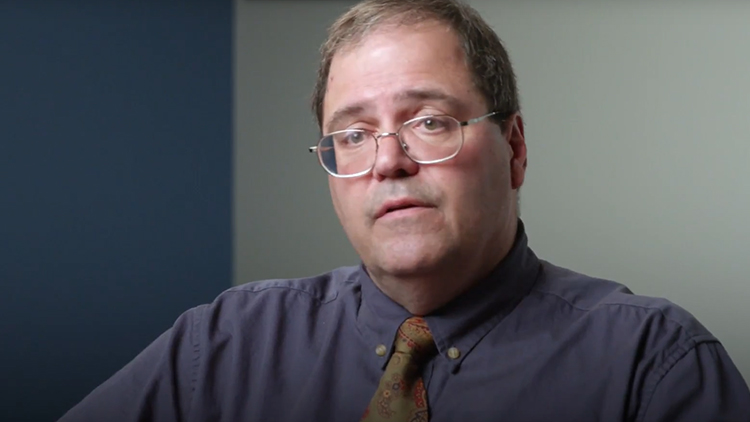 Most of Weaver’s patients are like Billie—grappling with the advanced stages of lung cancer, but not yet terminal. He finds ways to make them comfortable, usually taking them off more medications than he prescribes. No sense giving cholesterol meds to a patient dying of cancer. He prescribes ice cream instead. It keeps them eating.

Weaver, a Kentucky native, is a member of the healthcare team that advised the creators of Kentucky LEADS, a collaborative funded in part through a grant by the Bristol Myers Squibb Foundation, whose goal is to reduce the burden of lung cancer in Kentucky.

A passionate advocate for lung cancer care and prevention, Weaver grew up near Bowling Green, where almost everyone in his family smoked.

“My brother and I used to play ‘Run through the smoke.’ We’d flap our arms and make swirls in my father’s pipe smoke.”

After going away to medical school, he came to Morehead in 1986 to treat the cancer killing his own friends, colleagues and relatives. Two decades had passed since the U.S. Surgeon General’s report linked smoking with lung cancer, but Kentucky’s tobacco culture had hardly changed.

“When I first came here, my 2-year-old daughter could legally buy cigarettes,” he says. There was hardly any tax on cigarettes. No indoor smoking ban. People smoked in restaurants, in high school teachers’ lounges, even in hospital nursery wards.

Three decades later, he’s still trying to change minds, as a doctor, an advocate and a professor. Once a week, he hosts a public radio show about health issues. He teaches future doctors at a satellite campus of the University of Kentucky’s College of Medicine.

Working with Kentucky LEADS gives Weaver new hope to catch more cancers early through advanced screening and education and to treat patients more effectively through advances in medicines. Weaver’s efforts are giving a voice to the more than 3,500 people who die of lung cancer every year in Kentucky.

But there is still a long way to go. When he gives lectures, Weaver asks his audience, “How many of you have lost someone you love to lung cancer?” Almost every hand in the room goes up.

“Someone has to speak for the dead. These people are dying in silence,” he says. “The people who are left are on oxygen—they can’t tell their story. Lung cancer is so effective at covering its tracks.”

Before he wraps up his house call, Weaver chats a little more with Billie Armstrong. It sounds like friendly banter, but he’s always fishing for information. They talk about ice cream, boxing and family.

“How old’s your brother?” Weaver asks. “Is he older than you or younger?

“He died young. He drove a truck and he run his self to death.”

“He just died,” Billie says, tapping his chest. “He had…What is it, Dorothy?”

“He had cancer,” Dorothy says. “Your brother had lung cancer.”

Against the Odds
Lung cancer is the most common cause of cancer death in Kentucky. Kentucky LEADS is fighting to change that.
Should I Get Screened?
Find out if you or someone you love is a candidate for annual lung cancer screening.
Kentucky's Lung Cancer Burden

The Bluegrass State leads the nation in lung cancer incidence and mortality.