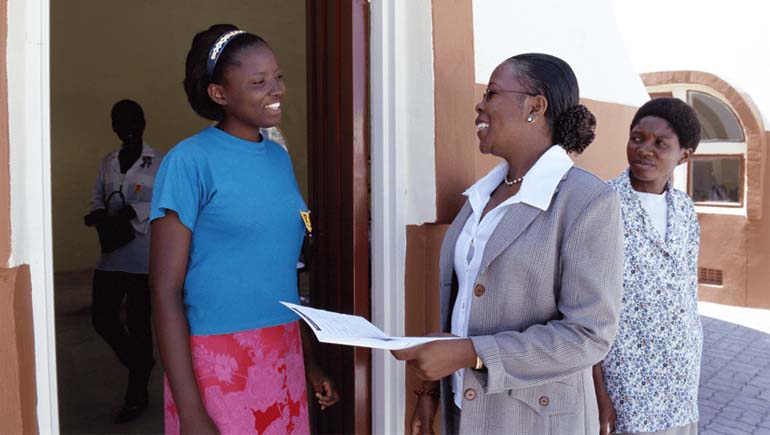 It’s difficult to overcome a problem until you know what you’re up against. That’s the issue facing countries in sub-Saharan Africa when it comes to managing hepatitis C virus (HCV), a global pandemic and the leading cause of chronic liver disease.

The BMS Foundation is working with partners in Africa to determine the scope of HCV infection and establish screening and treatment guidelines that will encourage people who are most at risk to be tested for HCV.

While the World Health Organization (WHO) estimates that 130 million to 150 million people worldwide are infected with HCV – and knows that sub-Saharan Africa is among the hardest hit areas – a lack of information about who and how HCV is affecting the region is hampering an effective response.

The Bristol Myers Squibb Foundation’s SECURE THE FUTURE® initiative recently awarded $1.15 million in grants to three nongovernmental organizations in South Africa that will for the first time help determine the scope of HCV infection in South Africa, establish screening and treatment guidelines for the region and use established models that increase access to care for key populations.

The World Health Organization (WHO) estimates that 130 million to 150 million people worldwide are infected with the hepatitis C virus (HCV). And sub-Saharan Africa is one of the hardest hit areas.

The grants will help advance the WHO recommendations that prevention, diagnosis and treatment of HCV be included in comprehensive HIV responses for key populations in South Africa and the region.

HCV is transmitted through exposure to bodily fluids, through avenues such as contaminated needles and other injecting equipment, transfusions and unprotected sex. The same populations that are at highest risk of HIV infection -- people who inject drugs, men who have sex with men and sex workers -- are also at increased risk of HCV infection.

“Part of the problem is that there is so little information about the burden of HCV infection in South Africa, and current screening for the disease is expensive and time-consuming because samples must be transported to specialized laboratories for testing,” says Andrew Scheibe, project consultant for the Viral Hepatitis C Initiative for Most At-Risk Populations in South Africa. “Before we can effectively address the HCV epidemic, it is essential that we gain an understanding of the epidemiology of HCV. Effective public health interventions to prevent and treat infections need to be evidence-based.”

The Viral Hepatitis C Initiative is being led by TB/HIV Care Association, the recipient of a three-year, $731,082 grant from the Foundation. TB/HIV Care Association is working in partnership with the National Institute for Communicable Disease (NICD), Anova Health Institute, OUT LGBT Well-Being and the Division of Hepatology at the University of Cape Town.

NICD also received a three-year, $249,794 grant from the Bristol Myers-Squibb Foundation to conduct testing linked to this project and to analyze HCV data gathered from a range of national data sources.

HCV prevention, screening, testing and referral services will be the core elements of the Viral Hepatitis C Initiative’s project. Services will be integrated into existing HIV prevention and linkage to care programs offered by TB/HIV Care Association, Anova Health Institute and OUT LGBT Well-Being.

The project will produce the first HCV prevalence data among people who inject drugs, men who have sex with men and sex workers in South Africa and assess whether point-of-care testing for HCV, a modality widely used for diagnosing HIV, is effective. “We anticipate that data will support the use of point-of-care testing for HCV infection, which would allow us to screen for HCV more easily and at lower cost,” Scheibe says.

The Viral Hepatitis C Initiative is in an early phase; a research protocol was developed and will be reviewed by relevant South African ethics committees in early 2016. The project has also been presented to key population community advisory groups and stakeholders, who have been eager to learn about how a priority health need is being addressed. The program will begin recruiting participants from at-risk populations in seven cities in South Africa on World Hepatitis Day 2016, Thursday, July 28, with the goal of reaching 3,500 patients during the project’s lifespan.

A third grant, for $165,485 over 18 months, was awarded by the Foundation to the Gastroenterology Foundation of South Africa. This grant will support a core group of hepatologists from South Africa, Ethiopia, Kenya, Tanzania, Uganda, Namibia, Mozambique, Rwanda, Cameroon, Ghana and Nigeria coordinated by the Gastroenterology Foundation to develop and implement HCV screening, detection and treatment guidance relevant for settings in Africa.