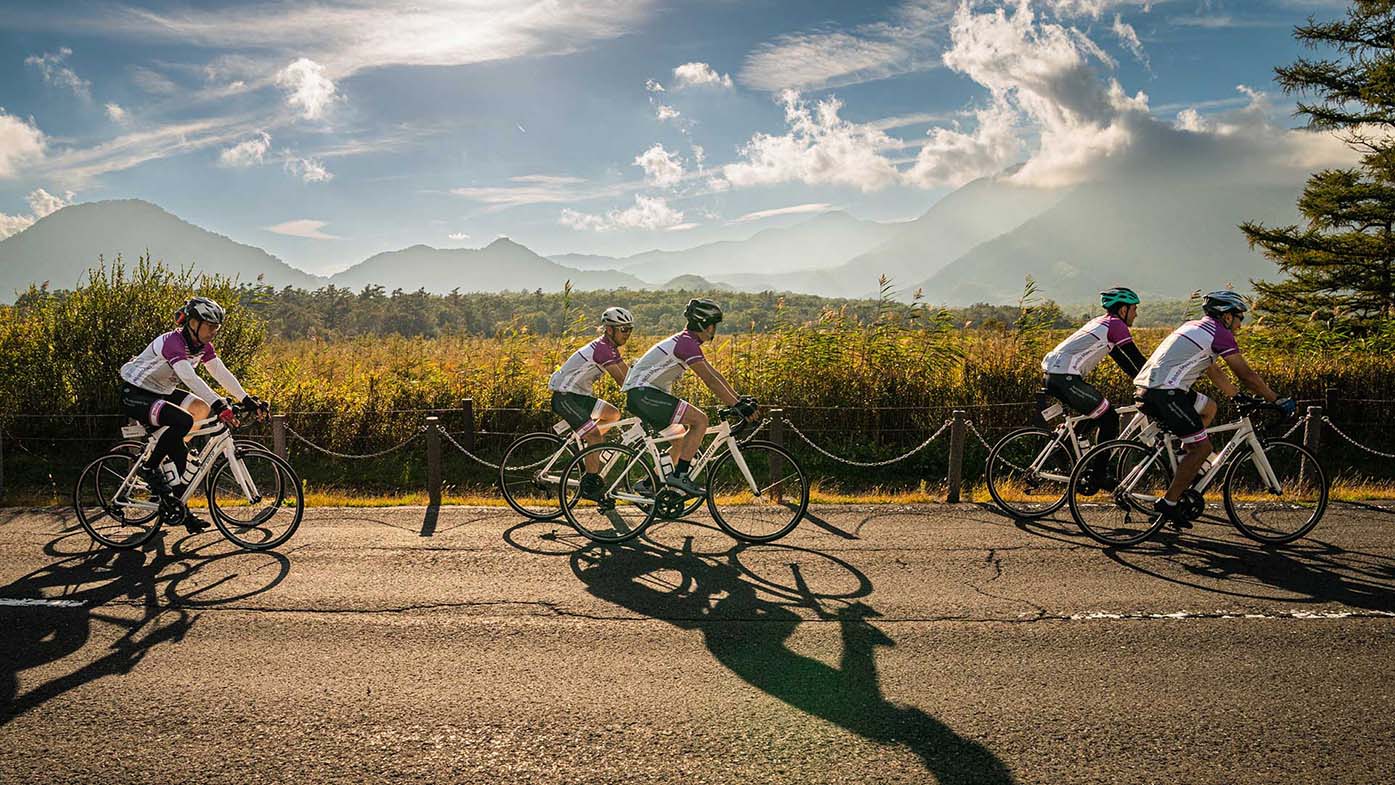 The scenic views of Japan’s Senjogahara in Nikko National Park were the backdrop for our C2C4C Team Japan on September 26.

Biking the globe for C2C4C

“A bicycle ride around the world begins with a single pedal stroke.”

Blanca Bedoya, sales representative, Hematology, who is based in Colombia, is a cancer survivor who participated in the inaugural C2C4C ride in Latin America this year.

“C2C4C for me is an opportunity to link my work with my mission in life to grow, improve myself and understand that when I strive to be better and achieve something, there is always a purpose,” said Bedoya. “I also ride for my family, my husband and children. I want to leave a legacy, the love of total dedication for causes we are passionate about, like C2C4C.”

The 2022 C2C4C participants embodied the mantra, “It’s More Than A Bike Ride,” cycling for cancer patients worldwide including family and friends and raising more than $2 million to advance cancer research on behalf of the European and Latin America cancer organizations that are members of the Union for International Cancer Control (UICC), the V Foundation for Cancer Research in the United States and CancerNet Japan. Since its inception in 2014, the C2C4C rides have raised approximately $14 million for cancer research worldwide.

“I was thrilled to be able to join my colleagues who were riding to raise awareness and funding for cancer research,” said Chris Boerner, executive vice president, chief commercialization officer, who participated in C2C4C this year in Europe and Japan. “The ride is another powerful way we live our mission for patients, and I couldn’t be prouder of all the riders and team members.”

Next year, C2C4C will commemorate its 10th anniversary and celebrate the inspiration provided by a group of Oncology employees in 2014 who were compelled to do more for those impacted by cancer and launched the inaugural C2C4C cycling event.

Together, as one team worldwide, the commitment to the cancer community goes well beyond the bicycle and into our laboratories and offices around the globe each and every day.

Riders from the U.S. team pedal across the White River Pedestrian Bridge in Indianapolis, Indiana, on September 27.

Team BMS Germany take a moment to connect on September 3 in the Bavarian region of Bolsterland, Germany.

Members of our Chile Peru team rode on November 30 near the still-active Osborno and Calbuco volcanoes in Puerto Varas, Chile.