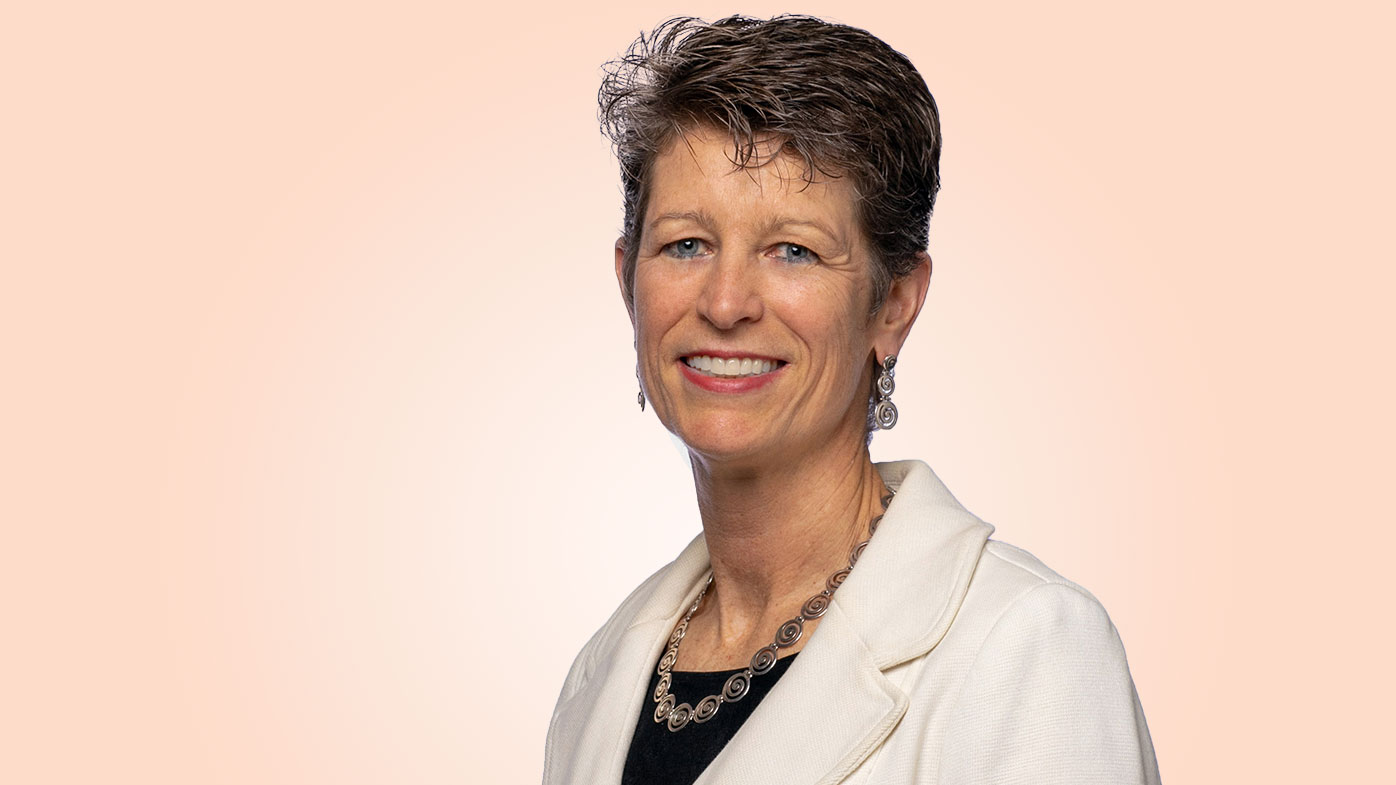 Kristen Hege oversees early clinical development programs for a diverse range of treatment modalities such as cell therapy, among others

Blood disease and cancer specialist Kristen Hege, who has been board-certified in hematology, medical oncology and internal medicine, joined BMS through the 2019 Celgene acquisition as the senior vice president of Early Clinical Development, Hematology/Oncology & Cell Therapy. She brings decades of CAR T cell therapy expertise to the company.

She and her team of physicians and clinical scientists use translational insights to shape clinical trials, guide biomarker strategies and inform asset development.

Hege has spent much of her career working to improve the lives of others through cell therapy research and development, an area that has begun to revolutionize the treatment of blood cancers. Her initial work in the field included helping launch the first CAR T cell trial for solid tumors in 1996.

In 2010, when she joined Celgene, she built an Early Clinical Development program from scratch and began overseeing the co-development of an investigational CAR T cell therapy for patients with advanced multiple myeloma.

A career journey with some twists and turns

Hege sought a career in medicine for as long as she can remember, she said. Both her parents were anesthesiologists — interrupted dinners to take emergency phone calls or travel back to the hospital for rounds were the norm.

She went to the University of California San Francisco for medical school, but it took some time to decide her path. “I gravitated to hematology/oncology because I was in school during the early days of the ‘war on cancer,’” she said. “There was this genetic revolution, this understanding that cancer is a genetic disease caused by disruption of normal genes that control cell growth and survival — these genes could potentially be targeted as novel therapies.” Hege also spent her first year of medical school working on an independent study project focused on the role of the myc gene in cancer with Harold Varmus, the American Nobel Prize-winning scientist who discovered that certain viruses can cause cancer.

“I always thought I would have a career in academic medicine as a physician-scientist, run a lab, see patients, conduct clinical trials – the trifecta,” she said.

But an unexpected opportunity popped up.

During Hege’s hematology /oncology fellowship in the early 90s, an oncologist who was also CEO of a Bay Area biotech company convinced her to spend the two research years of her fellowship working at his company on a cutting-edge project – using genetically engineered T cells and hematopoietic stem cells to redirect the immune system to specifically target and kill cancer and HIV-infected cells. She took the leap. After two years in the lab at the startup biotech, “I diligently came back to UCSF as a junior faculty, seeking to launch the academic medical career that I always thought I wanted,” she said.

But, there was something she couldn’t shake.

“Working at the biotech company, I had seen what was possible in terms of advancing truly innovative therapies into clinical trials and began to appreciate just how difficult this would be to replicate in academia,” she said. Soon she faced a decision: “That company’s first CAR T cell product was about to advance into clinical trials and they needed a doctor to build their clinical development program. My gut told me that this was a better fit for me, as long as I could remain on the faculty part time at UCSF, and continue to see patients. It was the best career move I have ever made,” she said.

Her hybrid academic and industry career continues today, where Hege continues to volunteer part-time as a clinical professor of medicine where she sees patients with blood cancers. Hege’s clinical practice is conducted in accordance with BMS’ and the academic institution’s conflict of interest polices.

Hege’s experience as a treating physician, as well as that of her BMS team of roughly 50 clinical scientists and physicians, brings a valuable advantage to her work at BMS, she said. “As a practicing physician, you have a deep understanding of the medical complexities of the patients we treat on our clinical trials and the realities of academic medical practices,” she said.  “This allows us to engage with our investigators as knowledgeable and empathetic peers.”

The Power of the New BMS

Looking forward, Hege says the integration of BMS and Celgene is making possible “the most exciting and broadest hematology and oncology pipeline in the industry.”

“Bringing together the historic strength of Celgene in hematology and BMS in solid tumor oncology, and our shared interest in immuno-oncology and immunotherapy, combined with our strength in targeted protein degradation affords us the potential to develop truly transformational therapies across a wide spectrum of blood cancers and solid tumors and across therapeutic modalities,” she said.

A Targeted Focus, at Work and at Play

Hege employs a laser focus both at work and when enjoying her favorite activity: backpacking “off the grid” — no cell phones, no computers, just nature. She recently spent a week in the Trinity Alps in Northern California with her husband and two daughters, both of whom are pursuing STEM careers.

“We put ourselves in difficult situations where there is risk,” she said of her family adventures. “It really focuses you on tackling whatever challenging situation you are in and then making critical decisions about how you’re going to react. When you do make your choice and it works out, there is a certain satisfaction,” she said.

A similar mindset applies in her work, she added.

“When you work in early drug development, a lot of things fail, and you have to have a thick skin and be both optimistic and curious. We strive to gain a deeper understanding of why things are failing; sometimes you can tweak small things and that’ll be the difference between failure and success.”