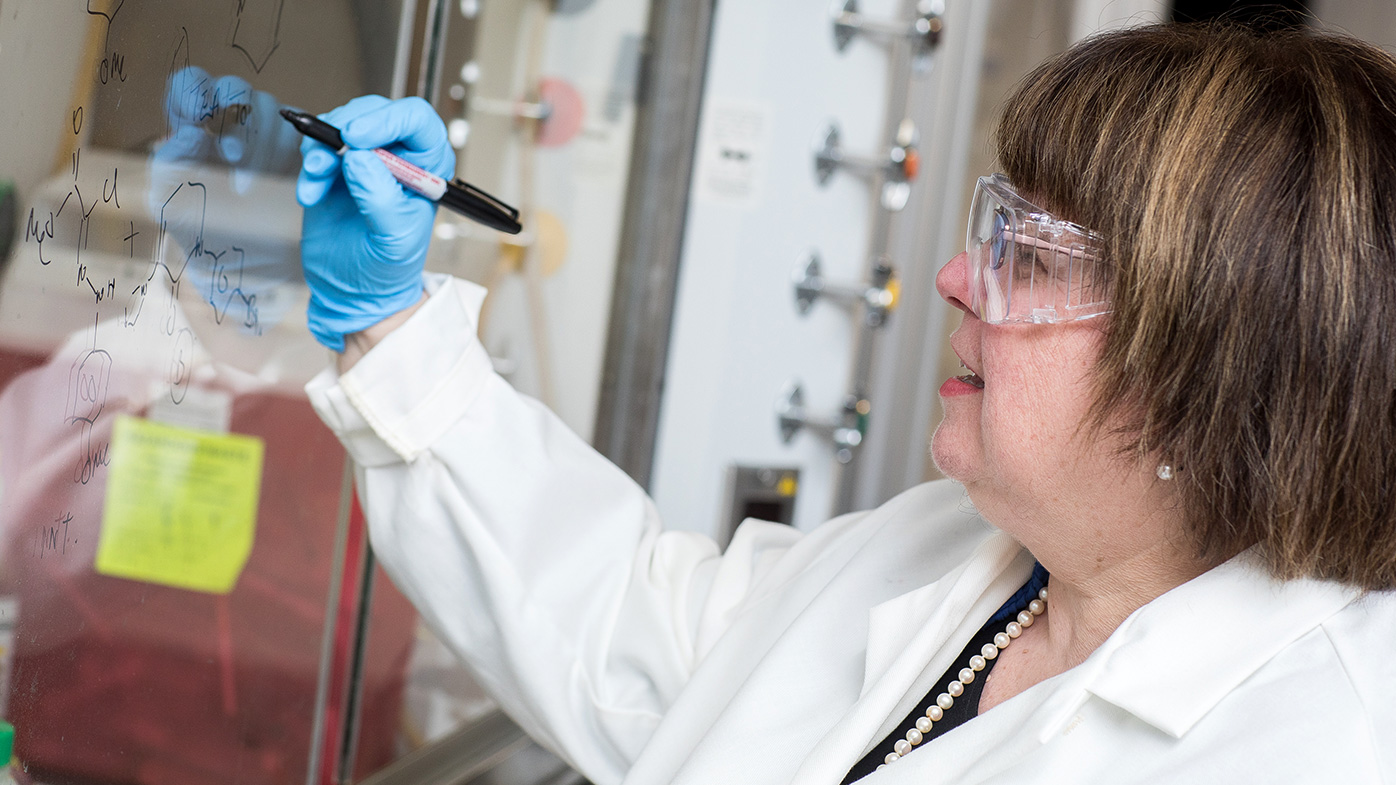 Ruth Wexler is vice president of Cardiovascular and Fibrosis Chemistry

Ruth Wexler has a formula for success in drug discovery — the “three Ps”: passion, perseverance and people

n the field of drug discovery, you must have a thick skin. Failure comes with the territory, but the hope of finding new medicines that improve patients’ lives provides the inspiration to persevere.

That’s what has driven Ruth Wexler, vice president, Cardiovascular and Fibrosis Chemistry, during her more than 35-year career in the industry. Under her leadership, her group has pursued programs in multiple therapeutic areas including cardiovascular and metabolic diseases (hypertension, thrombosis, atherosclerosis, heart failure and obesity), inflammatory diseases, Alzheimer’s disease and, most recently, fibrosis. Her team’s research led to the discoveries of a large number of compounds that were selected for clinical development across a range of diseases, most notably two important cardiovascular drugs, an antihypertensive and an antithrombotic, and another promising asset currently in Phase II development in partnership with Janssen.

A passion for cardiovascular drug discovery

Wexler’s career-long drive for scientific excellence in cardiovascular disease is a personal one. While in graduate school, her grandfather suffered a debilitating stroke, leaving half of his body paralyzed. That experience solidified her choice to pursue a career in the pharmaceutical industry. Later, Wexler’s husband, Barry, suffered a heart attack at age 39, followed by open-heart surgery a decade later.

“That defined my mission to discover innovative medicines for my husband, for my family, and for all patients like my husband around the world,” she said.

The foundations of success in drug discovery— the ‘three Ps’

The drug discovery field is complex and highly competitive. Wexler believes, though, in three foundational traits that are important for success: passion, perseverance and people.

“Drug discovery is dynamic and changing at an ever-accelerated pace — for patients, every minute counts,” Wexler said. “It is important to be passionate about science, and to love what we do. With this passion and focus on science comes a willingness to try new things and take risks — two elements that are critical for innovation and successful drug discovery.”

Perseverance stands as the second “P” and is critical, Wexler said, as “drug discovery comes with some successes, and countless failures.”  It is important not to be afraid to fail, she said, as lessons learned from failed studies often ultimately result in catapulting the science forward, especially when working in new areas of research.

The third “P” is people, the real “secret sauce” to successful drug discovery, she said.

Wexler firmly believes that individuals and teams are most successful when each team member is empowered to do their personal best. “After all, it is people who discover drugs, not technologies, and it is people who do great science,” she said.

Wexler’s career began at DuPont after earning her Ph.D. in organic chemistry at the University of Pennsylvania. She was the first female Ph.D. in medicinal chemistry working in pharmaceuticals at DuPont, later named DuPont Pharma, a division that BMS acquired in 2001.

Wexler’s commitment to her work has led to a long list of recognitions and awards over her career, the most recent being this year, when the American Chemical Society (ACS) named her as one of 53 ACS Fellows. She has also co-authored more than 230 peer-reviewed scientific publications and patents.

Her achievements and longevity have made her a valued mentor to numerous chemists and scientists through the years. Another passion pursued by Wexler is the mentorship of the next generation of chemists and scientists, to whom she can one day pass the torch. The key to success in her field, she said, is “following the science.” This is accomplished by another rule of three, Wexler explained — identifying first the right drug target, followed by the right compound and then the right clinical plan.

Wexler also offers mentorship advice that’s a bit less scientific. “Follow your dreams and follow your heart — it is important to do meaningful work as it provides a greater sense of purpose.  Stay focused on where you can make a difference.  Love what you do, give it your best, and pursue mentors and a support system that will help you succeed.”