About Incubator and Collaboration Center 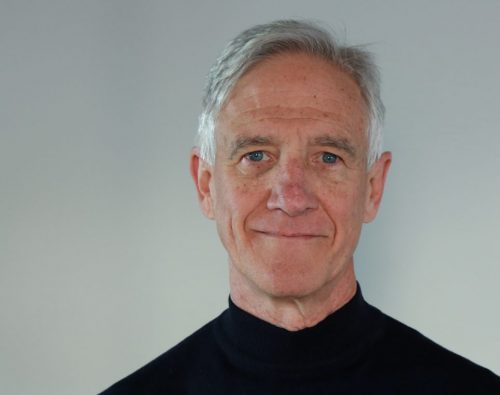 The Thomas O. Daniel Incubator is named in recognition of the life work of Dr. Daniel who throughout his career has contributed to improving healthcare as a physician, educator, scientist ,and a senior research and development executive in biotechnology and biopharmaceutical companies.  Prior to Celgene being acquired by Bristol Myers Squibb in 2019, Dr. Daniel served as Chairman of Research at Celgene Corporation and for more than a decade prior, he was President of Research and Early Development at Celgene.

Dr. Daniel has contributed to improving healthcare as physician, educator, basic and translational scientist and, most recently, as a senior research and development executive in biotechnology and biopharmaceutical companies. 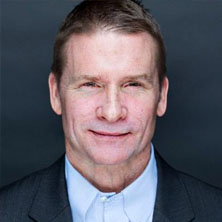 Lenzie Harcum is program manager for NJEDA’s Technology & Life Sciences division where he leads the 46K sf CCIT Life Sciences Incubator and the 32K sf Biotechnology Development Center (BDC) – both life science lab/office facilities are located within the NJEDA’s Technology Centre of New Jersey, a 50-acre research park with 350,000 sf commercial lab/office space, that is also home to Chromocell, Allergan, Merial and Orthobond. Lenzie is responsible for all aspects of developing and administering CCIT and BDC tenanting and programming. Lenzie’s activities support the growth of the life sciences businesses in the research park, managing tenant relationships while providing guidance to foster successful expansion or graduation of tenant companies. 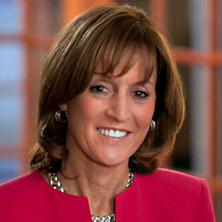 Debbie Hart, founding President and CEO of BioNJ, is dedicated to the mission and work of BioNJ of ensuring a robust life sciences ecosystem in New Jersey. She worked alongside New Jersey’s biotechnology industry leaders to establish BioNJ in 1994 and has been pursuing this passion ever since. Debbie is a founding board member and officer of OpportunityNJ, a non-profit organization working toward a strong and sustainable State economy; is on the board of the New Jersey Chamber of Commerce and is a member of the Board of Directors for Choose New Jersey. She has been active on the boards and committees of numerous government and academic institutions over her career.  She was appointed by Governor Christie and Lt. Governor Guadagno to the Council on Innovation and is a member of the New Jersey Economic Development Authority’s (EDA) Technology Advisory Board as well as the Institute for Life Science Entrepreneurship.  Debbie has served on the transition teams of several governors, as Chair of EDA’s Commercialization Center for Innovative Technologies and appointed by two Governors to serve on the New Jersey Israel Commission for her work in economic development. A strong advocate for advancing education, Debbie has served as a board member of the Rutgers University Blanche and Irwin Lerner Center for the Study of Pharmaceutical Management at Rutgers University Business School, the Advisory Board of the College of Science and Mathematics at Montclair University, the Rothman Institute of Entrepreneurship at Fairleigh Dickinson University’s Silberman College of Business and the Science Advisory Board at Rider University as well as the advisory boards for the New Jersey Institute of Technology’s (NJIT) Biomedical Engineering Program, Monmouth University’s School of Science, Technology and Engineering and as a Director of the Liberty Science Center’s Women’s Leadership Council.

Debbie served on the advisory board that guided the establishment of the nationally recognized Monmouth County Biotechnology High School and as a member of the New Jersey Healthcare Businesswomen’s Association (HBA) Advisory Board. Debbie has been named as a NJBIZ New Jersey’s Best 50 Women in Business honoree. In March 2014 in commemoration of Women’s History Month, Debbie was nominated by Assemblywoman Pamela Lampitt and honored by the New Jersey General Assembly as a Woman Advancing Science. In May 2014, Debbie was named as one of 50 people to PolitickerNJ’s Health Care Power List of 2014. Most recently, Debbie was named one of the world’s 100 Most Influential People in Biotechnology by Scientific American Worldview; as one of HudsonMod Magazine’s 2015 list of Women in Power along with Diane Von Furstenberg, Ivanka Trump, Sandra E. Peterson, Sheri McCoy and Nina Mitchell Wells; one of New Jersey’s top CEOs by COMMERCE Magazine; one of New Jersey’s 2015 Top 25 Leading Women Entrepreneurs & Business Owners by Leading Women Entrepreneurs and for the fifth time in 2017 to the NJBIZ Power 100, a listing of the 100 most influential people in New Jersey business. 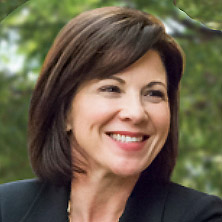 Cathy Scangarella is the Senior Vice President of Development for Choose New Jersey, Inc., an independently funded and operated 501(c)(3) whose mission is to encourage and nurture economic growth throughout New Jersey with a focus on urban centers. She is responsible for overseeing new business development opportunities and contributions for the supporter program, lead generation and business development efforts for life sciences as well as leading the scholarship and internship program. Ms. Scangarella is a veteran of State government, having served each of the last five administrations. Most recently, she was the Deputy Chief of Staff to Lieutenant Governor Kim Guadagno, where her primary focus was the development and implementation of the Lt. Governor’s business outreach program and initiatives. 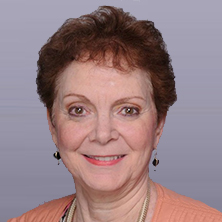 Judith A. Sheft is the Associate Vice President Technology and Enterprise Development at the New Jersey Innovation Institute at New Jersey Institute of Technology. She is responsible for managing the technology commercialization efforts through programs and policies focusing on patent creation, intellectual property valuation, strategic use and protection of IP assets. She is involved with regional economic development having responsibilities for management of the high technology/ life sciences / engineering business accelerator/incubator, the Enterprise Development Center, the HealthIT Connections entrepreneurial cluster development program and the Procurement Technical Assistance Center. She is on the Board of Advisors to the NJIT Murray Women’s Center and helps mentor students and faculty. Since 2007 she has been a member of the NJ – Israel Commission. She serves on the Board of the New Jersey Entrepreneurs Network, the Greater Newark Enterprise Corporation, the Women’s Center for Entrepreneurship Corporation, and Einstein’s Alley.

Ms. Sheft has extensive business development experience outside the U.S. She played a lead role in negotiating a long-term alliance between Lucent/Agere and NEC in the field of semiconductor manufacturing technology. The alliance has lasted over a decade and is a prime example of collaboration between competitors.

Ms. Sheft has a BS and MS in Mathematics from the University of Illinois and an MBA in International Business from the Wharton School of the University of Pennsylvania. She has an honorary doctorate from the Universidad Inca Garcilaso de la Vega (UIGV) in Lima Peru. She received the NJIT Overseers award for service in 2009 and in 2017 the NJIT Constance A Murray Diversity award, in 2012 was recognized a Garden State Woman of the Year in the professional services category, in 2015 was recognized by NJBIZ as one of the 50 Best Women in Business in NJ and in 2017 received the NJTC Martinson-Ballen Technology Supporter award. 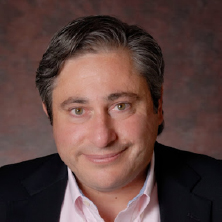 Mr. Smeraglia was also the Executive Director of the UMDNJ Office of Technology Transfer & Business Development.  He has also conducted biomedical research at Cytogen Corporation, developing antibody conjugates for diagnostic and therapeutic clinical uses. Mr. Smeraglia has a B.S. in Biochemistry from Rutgers and a Masters of Intellectual Property and J.D. from the University of New Hampshire Law School.