Elected annually by our shareholders, the Board of Directors is the company's ultimate decision-making body. The directors select and monitor the performance of our senior executives on Bristol Myers Squibb's Leadership Team, who are responsible for the day-to-day operation of the company. Directors also act as advisors and counselors to our senior management. 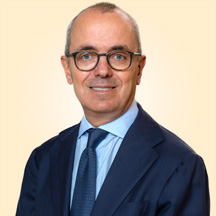 Chairman of the Board and Chief Executive Officer, Bristol Myers Squibb

Dr. Caforio, age 54, serves as chairman of Bristol Myers Squibb’s Board of Directors. 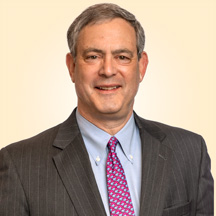 With more than 35 years in the financial industry, Theodore (Ted) Samuels, age 64, brings to the Board extensive business and operational experience, particularly with respect to economics, capital markets and investment decision making. Mr. Samuels is the former president of Capital Guardian Trust Company from 2010 until 2016 and a former global equity portfolio manager at Capital Group, one of the most prominent investment management organizations in the world from 1990 until 2016.  While at Capital Group he served on numerous management and investment committees, with an eye towards long-term shareholder value creation.  He also serves as co-chair of Tuft’s President’s Council and the Harvard West Coast Council.

Mr. Samuels currently serves as a director at Perrigo Company, PLC, and Stamps.com. 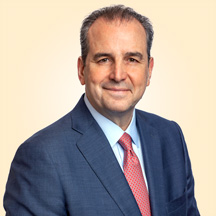 Prior to joining Baxter, Mr. Arduini worked for General Electric Healthcare, where he spent much of his 15 years in a variety of management roles for domestic and global businesses, culminating in leading the global functional imaging business. 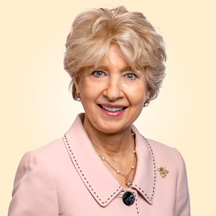 One of the world's most renowned retina surgeons, Dr. Haller has innovated translational advances against blindness on many fronts, including sustained drug delivery devices, ocular pharmacotherapy, retinal "chip" implants, gene therapy, telemedicine and combating health care disparities. Elected to the National Academy of Medicine, she has held many leadership roles in medicine, is a past member of the Board of Trustees of Princeton University, and a consultant at Children’s Hospital of Philadelphia.  She previously served on the Celgene Board of Directors, where she was a member of the Audit Committee. 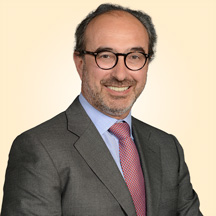 Dr. Hidalgo brings to the Board more than 20 years of experience in translational and clinical research in anticancer drug development, with an emphasis in gastrointestinal cancers. He has also led the early clinical development of new anticancer agents for pancreatic cancer among other solid tumor cancers.

Prior to his current position, Dr. Hidalgo served as chief of the division of hematology at Beth Israel Deaconess Medical Center in Boston and clinical director of the Rosenberg Clinical Cancer Center from 2015 to 2019. During this time, he was the Theodore W. and Evelyn G. Berenson professor of medicine at Harvard Medical School. Dr. Hidalgo also held leadership positions at the Spanish National Cancer Research Centre (CNIO) in Madrid and at the Kimmel Comprehensive Cancer Center, where he was director of gastrointestinal oncology program.

Dr. Hidalgo was a paid Scientific Advisory Board member for Agenus (NASDAQ: AGEN), from which he stepped down upon his election to Bristol Myers Squibb's board. 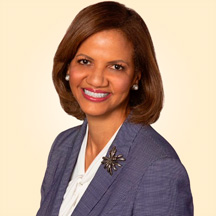 Ms. Price, age 58, has more than 30 years of financial and operational experience. Most recently, she served as executive vice president (EVP) and chief financial officer (CFO) of Macy’s Inc. until May 2020.  She currently remains an advisor to the renowned retailer.

Prior to that, she was a full-time senior lecturer for Harvard Business School in the accounting and management unit from 2014 to 2018.  Before that, Ms. Price also served as EVP and CFO for Ahold USA, controller and chief accounting officer (CAO) of CVS Caremark Corporation, and in senior leadership positions at JPMorgan Chase, Prudential Financial, Diageo and Kraft Foods.  A certified public accountant (CPA), she began her career at Arthur Andersen & Co. 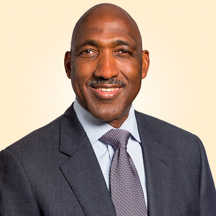 Mr. Rice, age 55, served as executive vice president (EVP) of CVS Health and president of its pharmacy benefits management (PBM) business, CVS Caremark, where he led the PBM business from March 2018 to February 2020.

Prior to that, he served as the EVP of global services and CFO for Eli Lilly and Company from 2006 to 2017. During his 27-year tenure at Eli Lilly, Mr. Rice was instrumental in helping to drive the company’s innovation strategy and held numerous roles in finance and operations. 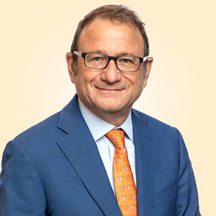 Prior to joining Toys“R”Us, Mr. Storch served as vice chairman of Target Corporation. He joined Target in 1993 as senior vice president of strategy and served in roles of increasing seniority over the next 12 years. Prior to joining Target, Mr. Storch was a partner at McKinsey & Company.

He is a director of Fanatics, Inc.

Dr. Vousden, age 61, has been a senior group leader at The Francis Crick Institute in London since February 2017 and chief scientist of Cancer Research UK (CRUK) since July 2016. From 2002 to 2016, she served as the director of the CRUK Beatson Institute in Glasgow, prior to which she held leadership roles at the National Cancer Institute in Maryland from 1995 to 2002.

Dr. Vousden brings to the Board more than 30 years of experience leading ground  breaking cancer research. She is a fellow of the Royal Society and a foreign associate of the National Academy of Sciences. She serves as a member of the Science Advisory Board of Grail, Inc., Ludwig Institute for Cancer Research, PMV Pharma, Raza Therapeutics and Swiss Institute for Experimental Cancer Research. Dr. Vousden is a council member of the European Molecular Biology Organization and president of the British Association of Cancer Research. 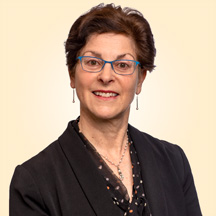 Ms. Yale, age 62, serves as an advisory partner with Bain & Company where she has worked since 1982. Ms. Yale has served in a number of leadership roles at Bain and has been a leader in building Bain's healthcare practice over the last 35 years. She has spent her career advising healthcare providers across the full continuum of care, health insurers, and the private equity investors who invest in healthcare services. She brings to the Board a deep knowledge of the U.S. healthcare system.

She is currently chair of the Board of Blue Cross Blue Shield of Massachusetts and serves on the Board of DaVita, Inc. Previously, Ms. Yale has served on the boards of various healthcare providers and payers:  Kindred Healthcare, Inc. (post-acute care), National Surgical Hospitals, Inc. (specialty hospitals), Value Options (managed behavioral healthcare), Pediatric Services of America (home care) and NeighborCare, Inc (institutional pharmacy). She also serves on a number of advisory boards, including for the Harvard Business School Healthcare Initiative and the Health Policy and Management Department at the Harvard Chan School of Public Health.

She also serves on the non-profit boards of The Bridgespan Group and The Trustees of Reservations, a conservation and preservation organization.